After the table of nations in chapter 10, we could say that the rest of the Bible is a tale of two cities… Babylon, and God's City.  The first half of chapter 11 sets the stage.  It begins like this:

Now the whole earth had one language and one speech.

The ancient people settled on the plain of Shinar, which we called Mesopotamia in history class - the fertile crescent between the Tigris and Euphrates rivers.  Today, the nation of Iraq sits on this place.  It appears that Noah's descendants were still sticking together and not obeying the command of the LORD to spread out and fill the earth.

Verse 4 says,
And they said, “Come, let us build ourselves a city, and a tower whose top is in the heavens; let us make a name for ourselves, lest we be scattered abroad over the face of the whole earth.”

Isn't that what people still desire?  To make a name for ourselves?  Inherent in humans is this desire for significance. It is one of the reasons we give a memorial at a funeral or name a building after its chief donor.   We also see this on a local level when we cheer for the home team.  We want our name lifted up and glorified.  But I digress...

Anyway, these guys didn't want to spread out.  "Let's unify," they declared. They wanted a city, and they wanted to do as they pleased.  Today it seems that the bigger the city, the greater the sin contained therein.

I live in a small town. Yes, there is sin, but we still have a lot of old-fashioned values here. We don’t have a red light district or an annual pride parade. We don’t even have a Walmart!


So anyway, these guys joined together and built a tower in a city called Babel, which eventually became Babylon. As we learned in chapter 10, the city of Babel was founded by Nimrod.

What exactly was that tower? It was probably a pagan tower, used for star watching in order to mess up God's plan. A big, idolatrous monument, a false temple. It represented the first false religion on earth, and is also the source of all false religions of the earth. God created the stars and named the constellations long before demonic forces corrupted the meanings of the stars and enslaved people with superstitious horoscope addiction. 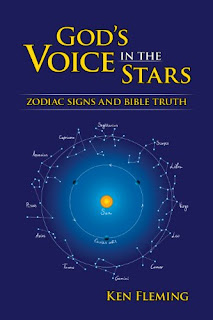 Today, instead of the star patterns telling God's holy story, we can open up a newspaper and see how it has been twisted to tell man's story. But God's story began in the first month with Virgo (the virgin) and ended in the last month - Leo (the lion), according to the Genesis calendar which began in what we now call September. The wise men who came from the east at Messiah's birth knew how to read God's story in the heavens.

Nimrod was probably the instigator of the false Babylonian religious system. The false gods that arose from this system were the sun god (originally named after Nimrod himself), his wife the moon goddess (Semiramis), and their son Tammuz. The bible hints about these details; for instance, Jeremiah rebuked the Jewish women for baking cakes for the Queen of Heaven, who happened to be the moon goddess.

Much more information on this system can be found outside the Bible as well. For instance, the ancient Epic of Gilgamesh was written during this time and is considered the oldest surviving piece of literature, from ancient Sumeria. It highlights all kinds of pagan worship that was going on by that time.

Most of that worship was sexual in nature. There were always temple prostitutes, both male and female. The theme was always fertility. This is why the word harlotry is often used in scripture for worshiping other gods. Idolatry and fornication are biblically linked.

Archaeologists have uncovered evidence of this same type of god/goddess worship all over the world.  Do any of these names sound familiar?  Ishtar.  Ashtoreth.  Asherah.  Isis.  Aphrodite.  Venus.  Baal.  Molech.  Kinich Ahau.  Artemis.  Diana.  And a zillion others.  Even the 300 million Hindu gods have their origin at Babel.  They simply continue to morph as needed (or invented) by man.  For a more extensive list of these false dieties, click here.

When the division happened and the languages were formed, these gods and goddesses took on new names in their new cultures.  They continued to morph throughout history and cultures.

We are told that the division happened in the days of Peleg, who was the sixth generation down from Noah.  Nimrod was the fourth generation from Noah, so it did not take long for this false religious system to take hold in man's heart.

Revelation 17 speaks of this system.
And on her forehead a name was written:
MYSTERY, BABYLON THE GREAT,
THE MOTHER OF HARLOTS
AND OF THE ABOMINATIONS
OF THE EARTH.

The future fall of this false system is prophesied in Isaiah 21:9 and Jeremiah 51:8.  And its final fall is prophesied in Revelation 18:
And he cried mightily with a loud voice, saying, “Babylon the great is fallen, is fallen, and has become a dwelling place of demons, a prison for every foul spirit, and a cage for every unclean and hated bird!

So in Babel, the LORD came down to put a stop to the wicked building project.  He confused their language and the people scattered throughout the earth, taking Ishtar or Isis or Aphrodite or the Mayan sun god with them.

I have written about the false Babylonian religious system before.  If you would like to review, you can click here or here.

Click here to continue on in Genesis.
Posted by Gratefully Grafted In at 5:40 AM