My scripture reading for today was Hebrews 11... the great Biblical Hall of Fame of Faith.  And this past weekend, I heard a fantastic message on faith.

The message began with a discussion of spikenard, and the account of Mary lavishing Yeshua with the fragrant and expensive substance.  This anointing can be found in Mark and John 12.

So what is spikenard? Spikenard is the head of a fragrant east Indian plant which yields a thick, oily juice called nardos.  Historically, the ancients used it as a precious  ointment - a healing juice used for many ailments, such as skin infections, constipation, insomnia, stress, anxiety, fevers, and so on. Nardos would aid in cell regeneration, blood circulation, and was also used as a perfume and deodorant.  A cure-all substance, so to speak. 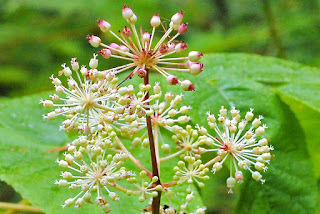 The Song of Solomon refers to "Nard" three times,  and each time the context suggests something precious and wonderful.

Mary of Bethany possessed something expensive, precious, and wonderful - an alabaster flask of this very costly oil.  Scripture records the value of her possession... 300 denarii - a year's wages.  If she had fallen on hard times, this oil could have been sold to provide for her.  This oil could very likely have been her dowry for marriage.

Mary of Bethany was willing to give up this precious possession for something much more precious... Yeshua.  A transfer took place when she poured it all out.  She took something that she had placed her trust in, and gave it all up for Yeshua, thereby putting all her trust in HIM!

Trading in temporary healing juice for a Permanant Healer.

It is interesting to note that the Greek word for spikenard in the gospels is pistikos nardos, or in other words, the object of one's faith.

Faith truly is an action word.  It is not simply a way of thinking; it is a way of living.  Look at this passage from James 2: What good is it, my brothers and sisters, if someone claims to have faith but has no deeds? Can such faith save them? Suppose a brother or a sister is without clothes and daily food. If one of you says to them, “Go in peace; keep warm and well fed,” but does nothing about their physical needs, what good is it?In the same way, faith by itself, if it is not accompanied by action, is dead.  But someone will say, “You have faith; I have deeds.”Show me your faith without deeds, and I will show you my faith by my deeds. You believe that there is one God. Good! Even the demons believe that—and shudder. You foolish person, do you want evidence that faith without deeds is useless?

It is said that Martin Luther wanted to remove the book of James from the scriptures. He struggled with the idea that faith had to be accompanied by any kind of works.  Today, it is often still preached that all you need to do is simply believe, and that's it.  You're in, and you don't have to do anything further about it.

But friends, justification by the blood of Yeshua is just the beginning of our lives of faith.  What follows is sanctification... working OUT (not FOR) our salvation with fear and trembling, according to Philippians 2:12. 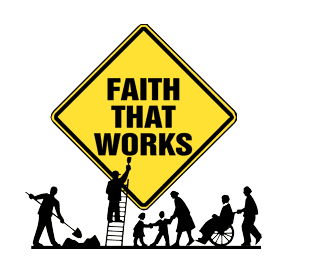 Following Yeshua means living out our faith through obedience to Him. He asks us to be holy, set apart for Him.  Each of us is unique, and each of us has a calling within the Body of Messiah.

When you get a chance, peruse through Hebrews 11.  Every single member listed there in the Biblical Faith Hall of Fame demonstrated their faith through action.

What is your pistikos nardos?

Posted by Gratefully Grafted In at 9:06 AM No comments:

I recently returned from a journey to Israel, during which I was blessed to observe the three Fall Feasts - a dream come true!  Yom Teruah (Rosh Hashanah), Yom Kippur, and Sukkot.  My heart is still bursting from all I saw and learned.

Just before I returned home, I went out beyond the green line to a small village in the land of Benjamin in Samaria, to visit a sweet family that I know.  I had asked them if I could come and see their sukkah (a temporary booth, built every year in honor of the seventh Biblical Feast, Sukkot - a memorial of God's presence and provision during the forty years in the wilderness).

We had a wonderful visit that morning and ate lunch together.  After lunch, I needed to return to Jerusalem for the final Sabbath of my visit - the first day of Sukkot.  (During my 21 days in Israel, seven of them were Sabbaths because of the Feasts.  As a Gentile, I confess that I am not used to resting that much!)

As I was about to exit the community for the hour-long trek back to Jerusalem, I came upon an Orthodox Jewish man who was awaiting a ride to the bus stop from anyone who was willing to pick him up.  Since my friend in the village had already explained to me the procedure (and safety) of Israeli hitchhiking, I felt no qualms in offering this man a ride.

For twenty minutes, we had a lively and engaging conversation.  Even though he was born and raised in a rural area of Israel, he was fluent in English, telling me it was due to computer games, computer programming, and Hollywood.

I let him know right away that I had been visiting a family for Sukkot.  A few minutes later in our conversation, I let him know that I was a gentile... a Christian.  His surprise was palpable.  I could pretty much read his thoughts... "We don't get many of your kind way out here.  And Sukkot?  You even know what that is??"

Driving down the mountain, we spoke of Yeshua.  He had questions on how we could possibly worship three Gods.  I told him that I don't believe Christianity has done a great job at explaining who God is and what we believe about His nature.  Yeshua Himself said that He and His Father were one.  I affirmed that it is blasphemy for a man to claim to be God.

But then I posed the question from the other direction:  "But what is to stop GOD from becoming a MAN?"

Yeshua claimed that He was God.  But then He backed up His claim through His miracles, including the three miracles that ancient sages expected the Messiah to perform:  1)  Healing a leper, 2) Casting out a demon from a mute person, and 3) Healing a man who was blind from birth.

Not only did He do these three miracles, but many, many more.  Feeding thousands.  Walking on water.  He even raised his friend Eleazar (Lazarus) from the dead.  And finally the ultimate miracle:  His Own Resurrection. He had kept every single point of the Moses covenant perfectly, and as such, death had no hold over Him.  He was our Perfect Passover Lamb.  Only God could do that!  (Remember Abraham's words in Genesis?  God will provide Himself the Lamb).

Yeshua did not just back up his claim of being God through miracles.  He is the fulfillment of everything written about Him in the Tanakh.  The entire book Hebrew scriptures points to Him.  He fulfilled every single prophecy that was written about Him.  There are hundreds.

The seven Feasts, as outlined in Leviticus 23, are also a foreshadowing of Him.  He fulfilled the four Spring Feasts perfectly at His first coming, when He became the ultimate Sacrifice for all mankind. He was Messiah, son of Joseph, the Suffering Servant.  The Lamb.

He will fulfill the Fall Feasts when He returns, as the Messiah, Son of David, the Conquering King, when He returns to set up His kingdom on Earth.  In Jerusalem.  The Lion. My new hitchhiking friend did not agree with me, and that is okay.  History is full of forced conversions that were ugly and cruel.   In fact, I apologized for that cruel history; for the way that my people treated his people.

I made another friend in a shop on Ben Yehuda Street, another Orthodox Jewish man.   I kept going back because we had such great conversations.  People have tried over and over to tell him about Yeshua.  But he looked me in the eye and said, "I am not going to believe it unless God Himself reveals it to me."  I wonder if he realizes that he was paraphrasing the truth found in John 6:44 - No one can come to Me unless the Father who sent Me draws him; and I will raise him up at the last day.

Romans 11 tells us that Israel will be blinded in part until the fullness of the Gentiles has come in.  Isaiah 8:17 confirms this:  And I will wait on the Lord, Who hides His face from the house of Jacob;
And I will hope in Him.

So I continue to love my Jewish friends, tell them about Yeshua when the door is opened, and love them unconditionally, whether they choose to follow Yeshua as Messiah or not.  I trust God for the outcome that He has already foretold.

As for me, I believe that Yeshua IS the Messiah that was prophetically foretold in the Hebrew scriptures, otherwise I wouldn't follow Him.  And if He IS the prophesied Messiah, then trusting in Him is the most Jewish thing that a Jewish person can do!  No need to "convert" to a Gentile faith, only a need for teshuvah (repentance, or turning) from sin to the One who paid the price in full.

Posted by Gratefully Grafted In at 9:45 AM No comments: