This past weekend, I had the privilege of worshipping at the congregation of Jonathan Cahn, author of The Harbinger and The Mystery of the Shemitah.  It is that time of year again - Thanksgiving - and like many pastors throughout the world, Jonathan gave a message on being thankful.

I have heard many messages about thankfulness through the years, but this year's message really dug down deep.  I probably won't do his message justice, but let me summarize.

Let's go right to the name of Judah (or Yehuda).  The word itself means praise and also thanksgiving.  This is the word from which came the words Jews and Judaism.  This is also the tribe from which came our Redeemer Yeshua.  We will come back to more root meanings at the end of this post.

The Word often tells us to be thankful.  You might be familiar with 1 Thessalonians 5:18, which says, Rejoice always, pray without ceasing, in everything give thanks; for this is the will of God in Christ Jesus for you.

Romans 1:21 tells us that among other things, people were not thankful,  They walked a path of darkness.  Giving thanks in all things helps to avoid this darkness.  Thankfulness is crucial to an abundant life of peace.

Thankfulness opens the doors to more blessing.   The Greek word Eucharistia means thanksgiving over the bread.  In Hebrew it is the hamotzi.  We westerners make the mistake of blessing our food.  It's not the bread that we should bless, but the Creator Who provided it. The hamotzi is clear and to the point:  Blessed are You, Lord our God, King of the universe, who brings forth bread from the earth.

In Judaism, there are brachot (blessings) for everything.  This is why, in Fiddler on the Roof, the Rabbi is able to come up with a blessing for the Czar and also for a sewing machine.  Every one of the Jewish brachot is directed to God in thankfulness.

And it's not about how much you have, but how much you are thankful for what you do have.  Yeshua gave thanks on the hillside over five loaves and two fish.  Thankfulness causes multiplication.

Complaining, on the other hand, causes a reverse miracle.  Keep complaining and you'll lose what you do have. 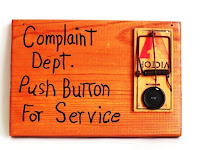 Jonathan shared a story of when he was serving with a team in Haiti.  They arrived back in the US and were eating at a restaurant.  One of the team members complained because his chicken club sandwich had cheese on it and he hadn't ordered it that way.  Jonathan pointed out to him that if he had wanted a chicken club sandwich in Haiti, he would have been handed a club and a live chicken and told to procure his own sandwich. 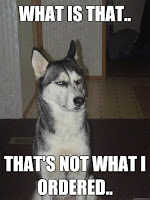 We must decide to be thankful in all things, even when faced with difficulty.  Even the bad stuff.  In Acts 5:41, for example, the disciples were thankful that they were worthy of persecution.  In Matthew 5, Yeshua tells us to REJOICE when we are persecuted.

Philippians 4 is a good place to park if you need peace of mind and heart.  Verses 6 and 7 tell us,  Be anxious for nothing, but in everything by prayer and supplication, with thanksgiving, let your requests be made known to God; and the peace of God, which surpasses all understanding, will guard your hearts and minds through Christ Jesus.  Do not forget thankfulness when praying through problems.  Problems help to sharpen our faith.

Now back to the name Yehuda.  The root to this word is yod.  A yod in Hebrew is a letter that sounds like our letter Y.  But the deeper meaning is a hand.  An open hand. The Hebrew word for hand is yad.   In scripture, open hands were lifted in praise and also when thanking God.  An open hand is a symbol of giving.  The one who gives love, forgiveness, blessings, love, and so forth are open to receive those things abundantly in return. 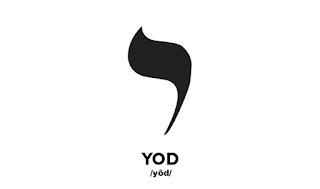 A closed hand, however, such as a fist raised to God in complaining, is a picture of being closed off to receiving blessings, love, forgiveness, and so forth. 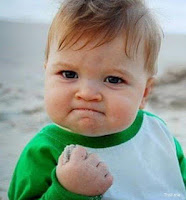 Cultivating an attitude of thankfulness is an exercise.  It gets easier as you practice it.  Start writing down a thankful list.  And be thankful for difficult people - they help you build character. 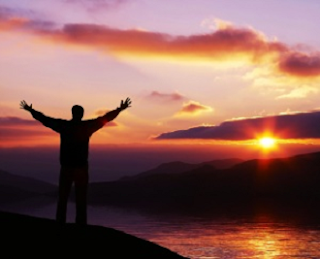 PS.  Did you know that Thanksgiving is based of the biblical feast of Sukkot?  The early pilgrims were Puritans who observed the Biblical feasts.  The first American Thanksgiving took place in early October of 1621 and evidence shows that it was a Sukkot celebration. 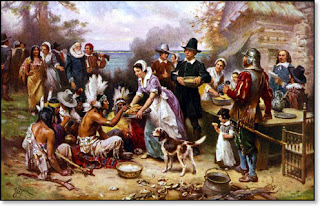 Posted by Gratefully Grafted In at 8:40 AM No comments: