A few years ago, I posted two blogs in regard to "keeping the law."  If you haven't read them, you can go back and read them starting here.

I have continued to study the Word of God from a Hebraic viewpoint.  This means that I come across a lot of people who call themselves Torah Observant.  However, I have found that there is a variety of opinions on what Torah obervance looks like.  Let me share more of what I have learned since the previous posts on the subject.

The word Torah means instruction.  It comes from the root word yara, which means direction; as an arrow being aimed and shot toward its target.  In this sense, the whole counsel of scripture from Genesis to Revelation is the Lord's instruction, or Torah, that leads us to the final goal.  The first place that the word Torah shows up in scripture is in Genesis 26:5, where the Lord says that Abraham kept His laws.  At this point, the Sinai covenant had not yet been given to Moses.

So am I Torah observant?  Yes!  Torah - The Instruction of God, from Genesis to Revelation.

Understanding the covenants is key.  There are seven covenants between God and man.  It is not just a matter of Old Covenant/New Covenant.  If you want more information on them, I have written on the seven covenants here.  Sorry for the rabbit trails today, but it is worth your time.

We must know what covenant we are under and then discover what is required of us under that covenant.

The fourth of the seven, given to Moses on Mount Sinai, was centered on the tabernacle, and later on the temple.  Of the 613 mitzvot (commandments) in the Sinai covenant, only 207 of them can be observed apart from the temple.  This is why there are Orthodox Jews in Israel that yearn for the temple to be rebuilt - so they can properly keep Torah! 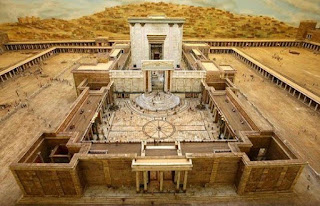 What does that mean for us as New Covenant believers, under the blood of Yeshua?  James 2:10 tells us that if we stumble on even one precept of the law (Sinai covenant), we have broken the whole thing.  Do you see how impossible it is?

Hebrews 7:12, speaking of Yeshua our High Priest, tells us, For the priesthood being changed, of necessity there is also a change of the law.

Yeshua fulfilled the entire Sinai Covenant perfectly, for us, putting to death the laws of the flesh once for all.  It is finished, He said as He hung on the tree, taking on the curse for us with His dying breath.  Having fulfilled every precept of the Sinai Covenant, He is now our living Torah. 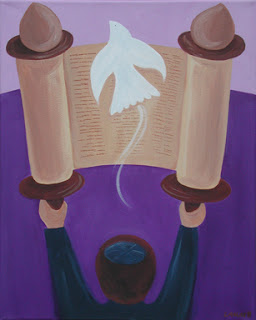 Yeshua gives us a major hint in the gospels.  When He sent out the 12 (a very Jewish number) disciples prior to feeding the 5000, He sent them to a Jewish crowd.  There was no need to give them any dietary warnings - they were kosher.  Then in Luke 10, we see Him sending out 70 (number of completeness) to a very Gentile area, prior to feeding the 4000.  What did He tell them?  Eat such things as are set before you.  There was a good chance that some of these Gentiles were going to give them pork BBQ.

Yeshua was preparing his disciples to carry the gospel to many cultures - cultures who were never given the Sinai Covenant.  Can you imagine witnessing to someone, and they invite you to dinner, and you have to refuse them because they are serving bacon-wrapped shrimp?  The highest form of fellowship in scripture is to dine with someone.  What an insult that would be, and a stumbling block to the gospel!

Yeshua said that if we loved Him, we would obey His commandments.  What were His new covenant commandments?  Love God, and then love people.  The external precepts (flesh) were completed and the internal precepts (spirit) were magnified.  Romans 8 tells us that love is the fulfillment of the law.  This is our directive in this age of Messiah, until He comes again.

Posted by Gratefully Grafted In at 6:06 PM No comments:

The Spirit of God is Moved

Short post today.  I just wanted to put into writing an insight that the Lord gave me this past week.

Last week, I finished reading all the way through the Bible.  It took me nearly four years, because I like to stop and ponder (and investigate) the meanings of words.  I then went back to Genesis 1:1 to start over.  I wondered if it were possible to get new insights this time around that were different from last time.  I was not disappointed.

In verse 2, we read this:
And the Spirit of God was hovering over the face of the waters. 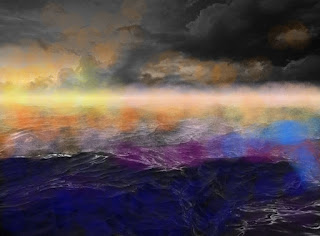 Wanting just a little more insight, I went to my trusty Blue Letter Bible app and clicked on the interlinear to peek at the original Hebrew.  The word for hovering (or moving, in some translations) is rachaph, which means to be soft, or to be moved, to cherish.  Figuratively, it is used in the sense of a mother hen brooding over her chicks.

Isn't that a beautiful thought?  That Elohim thought so highly of the earth He was creating?   That He cherished it?  I find it very heartwarming that He cared so very much about the abode that He was preparing for us.

Then today, another verse popped into my head, which really brought it home for me.  Matthew 23:37 says, “O Jerusalem, Jerusalem, the one who kills the prophets and stones those who are sent to her! How often I wanted to gather your children together, as a hen gathers her chicks under her wings, but you were not willing! 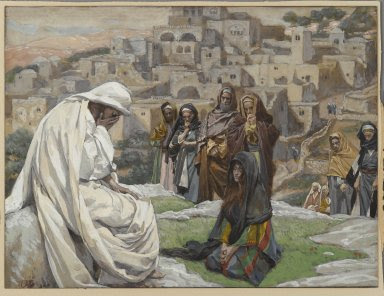 Can you see how Yeshua cherishes His people as He weeps over Jerusalem?  It breaks my heart, knowing the grief He felt for His Israeli kinspeople, knowing the time of terrible testing that was coming for them.

But two verses later, we have the blessed hope:  Yeshua says, For I say to you, from now on you will not see Me until you say,"blessed is He who comes in the name of the Lord."  It is one of my very favorite Hebrew sayings:  Baruch haba b'shem Adonai!

The Jewish people will say it again soon, when Yeshua returns, for He cherishes them!  And at the same time, we who know Him now will get to see Him face to face!
Posted by Gratefully Grafted In at 6:48 PM 1 comment:

I am sitting here just hours before Hanukkah is to begin, with lots of thoughts swirling in my head. So I am going to try and write them down here. I guess what I am saying is, don't expect to read a clearly-written essay here on Hanukkah.

I am surrounded by Christmas, everywhere I go. Really, it gets to be a bit much for me. For several years now, I have chosen not to celebrate it, for reasons that are hashed out elsewhere on this blog.  One thing I will reiterate it about Christmas though, is its non-biblical Babylonian-Greco-Roman origins. Tuck that away while we look at Hanukkah. The word means Dedication.

The origins of Hanukkah go all the way back to the book of Daniel.  Daniel prophesied that a great one would arise but then die young, and this happened to Alexander the Great. The prophecy continued and said that kingdom would be divided among four leaders. It was.

Two of those leaders, the Ptolemy regime of Egypt, and the Selucid regime of Syria, were constantly fighting one another. (See Daniel's discussion about the king of the north and the king of the south in chapter 11... these details were fulfilled with amazing precision).

If you look at a map of the Middle East today, you will see the northern country of Syria (smaller than back then but still there) the southern country of Egypt. And going back to our story, you can't help but notice just who is caught in the crossfire of these two warring kingdoms. 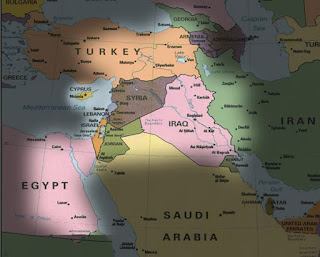 One of the descendants of the original Greek-Syrian Selucid king was Antiochus IV. He hated the Glorious Land and wanted to wipe out the Jews, or at the very least, he wanted to Hellenize them... make them into Greeks.  He hated that they were different, set apart, and that they would only worship יהיה, the One True God.

So evil was Antiochus that he desecrated the holy temple, sacrificed a pig on the altar, and demanded that the Jews worship HIM.

Enter the Maccabees.  The family of Yehuda ben Mattathias of Modi'in led a rebellion against the Syro-Grecian invaders, and prevailed against massive odds. Maccabee means hammer, and this small band of devout Jews totally hammered the Greeks.

The Grecian influence, at least for the, time being, was eradicated. Once again, the people of God could live a set-apart life to the glory of God, driving out the unholy so that they could live holy.
Holy means set apart. It is the separating of the profane from the sacred. It is to avoid mixing truth with deception.

The problem that remained for the Jews following their great victory was that the holy temple was an unholy mess.

Quickly, the temple was repaired, restored, and made beautiful again. It was time to rededicate it. The story tells us that there was only enough oil to burn in the temple menorah for one day, but that the oil lasted miraculously for eight days, which is how long it takes to prepare new oil for temple service.

Whether this part of the story is true or simply legend, the fact remains that the temple was rededicated for service to יהיה, just as it was originally dedicated by King Solomon in 1 Kings. Back then, they actually had such a blast during that week of dedicating the holy temple that Solomon added a second week of celebrating.

But when that week was over, we read,
"On the eighth day he sent the people away; and they blessed the king, and went to their tents joyful and glad of heart for all the good that the LORD had done for His servant David, and for Israel His people."

There was great joy in the restoration of the holy temple and the eradication of Grecian influence.  And today, WE are the temple of the Holy Spirit, the breath of the living God!  We have the opportunity, if we so desire, to celebrate this Feast of Dedication known as Hanukkah.  It is not required; Romans 14 makes this clear regarding the Biblical celebrations.  But it truly is a great time to remember and re-dedicate! 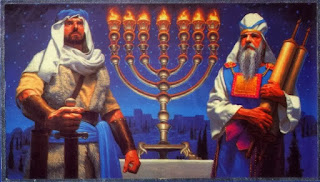 Posted by Gratefully Grafted In at 1:13 PM No comments: