So I have this friend, "Al," who loves searching the scriptures as much as I do.  He often will send me a question over a Biblical precept, asking for "my wisdom," and then he will proceed to send me paragraph after paragraph of insanely anointed insights.  Often his insights will then be a springboard to discovery of even more "aha" moments in the Word.

The latest volley of ideas took place over the story of Joseph in Genesis.  Now Joseph is one of my heroes, and I have blogged on him before because of the way his life parallels that of Yeshua.  You can read it here if you feel like it.

The coversation centered on Joseph's two dreams in Genesis 37.

In the first dream, the sheaves of grain belonging to his brothers bowed down to his upright sheaf.  Now if that isn't enough to tick off brothers - already irritated by their dad's favoritism toward this little twerp - he continues with another dream.

In the second dream, the sun, moon, and eleven stars bowed down to him.  Not his star, not him as a star, but him.  Even Jacob becomes annoyed at this point.  "Shall your mother, brothers, and I all bow down to you??" he asks.  The verse then tells us that Jacob kept this in his mind.  In other words, he didn't Let It Go. (Did you just get that song in your head?)

The strange thing about Jacob's response was that Joseph's mother had already died back in chapter 35.

So what do these two dreams mean, and why does the second dream appear to be so much more far-reaching? 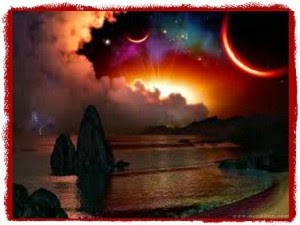 The first dream was fulfilled when Joseph's brothers came to him in Egypt, saved their lives, provided for their families, and revealed himself to them as their long-lost brother.

Al's questions regarding dream number two were, "Who are the sun and moon?  And why only eleven stars?  If they represent the tribes of Israel, shouldn't there be twelve?"

He went on to reference Deuteronomy 4:19... And take heed, lest you lift your eyes to heaven, and when you see the sun, the moon, and the stars, all the host of heaven, you feel driven to worship them and serve them, which the LORD your God has given to all the peoples under the whole heaven as a heritage.

As I ruminated on the idea of all of creation bowing to the Creator, I began thinking that the Biblical pattern of "To the Jew First" (see Romans 1:16)  in these two dreams was apparent.  The first dream was only to the Jews, of which He is one (which is perhaps why the eleven bowed to the one... Yeshua wanted to identify as one of them).

The second dream, however, clearly includes all of creation.  I believe there are still eleven stars in the second dream because Yeshua Himself is still identifying as a Jewish member of the human race.

Al found it interesting that Jacob (who was also given the name Israel back in chapter 35, just before Rachel died) didn't seem to have a problem with the first dream, but he refuted the second dream.   He was obviously greatly bothered by the idea of bowing down to his own son.

Probably one of the biggest stumbling blocks in Judaism today is that they believe God couldn't (or wouldn't) manifest Himself as a human being.  They see the worship of a "man" as idolatry.  And IF that Man hadn't backed up His claim of Sonship through all his miracles and resurrection and precise fulfillment of hundreds of Messianic prophecies, I would have agreed with them.

This attitude of Jacob (Israel) toward Joseph's second dream foreshadows the attitude of Israel today.  However, the dream did happen and all will come to pass as foretold.  The gospel has circumnavigated the globe and is on its way back to the nation of Israel.

For if their [Israel] being cast away is the reconciling of the world, what will their acceptance be but life from the dead?


Posted by Gratefully Grafted In at 12:30 PM No comments: