Genesis Post 5 - The Precision of Creation, Waters of Day 2 (Chapter 1)

Ok, where was I?  Oh yes, chapter one of Genesis.  I can't seem to leave this amazing place.

Today I am going to start with science (totally out of character for me).

I want to bring up a concept called irreducible complexity.  This complicated-sounding term simply means that all parts of a whole are needed for the whole to function.  A common example used to demonstrate this concept is the mousetrap.  The mousetrap has five parts.  The hammer, the spring, the catch, the platform, and the hold-down bar.


If you remove one of these five parts, will you catch 20% fewer mice?  No.  You will not catch any mice at all.

Creation is the same way, except that creation is billions of times more complex than the simple five-part mousetrap.

A simple bacterium, one of the simplest cells on earth, has a tail to drive it through liquid.  The tail is attached to a tiny electric motor with 40 parts.  If one was to remove one part, and it does not work.  Just like the mouse trap.


Life needs billions of complex parts to be functioning at once, FROM THE VERY BEGINNING, or they will not work.

It does not take a scientific genius to see how the complex life on earth could not possibly evolve from simple swamp scum.

Our world was created with perfect precision for life to exist, in a short period of time.  Here are a few examples (out of millions) of how even just a slight altercation to our environment would affect us:
Colossians 1:17 lets us know that the Messiah created everything and that He is the one that holds all things together.  Whew, good to know!  His hands are quite capable. 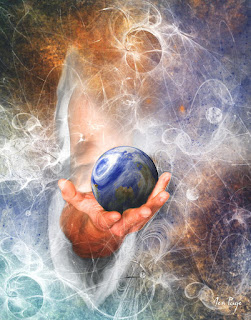 In the old days, educated people believed in the Bible.  Today, scientists are hard at work to deny the Bible.  They prey on the uninformed; our schools teach evolution.  Creation was a blessing for mankind, but it has been turned upside down.  The carnal nature seeks to be independent of the Creator.   But the Creator still seeks us!

Ok, enough science for now.  Let's continue looking at the days of creation.

We have already talked about day one, and the separation of darkness from light.  The rest of the Bible is about that very thing... separating the profane (or common) from the holy.  Evil from goodness.   Sinful to sinless via our intercessor.  Becoming like Him, preparing to dwell with Him.

So let's move on to Day 2, which is all about separating the waters. 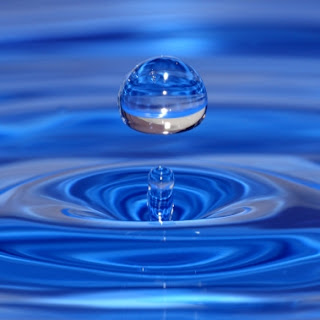 It is interesting to note that Elohim had called the first day good, but the second day He did not call good.  (More on that in my next post).  Is this where we get the Monday morning blues?

I need to venture briefly down the science road again (kicking and screaming all the way, since I tend to run from science).

Hydrology:  It is the study of the water cycle.  It was first studied in-depth by scientists in the 1700s.  But the Bible itself teaches us about the water cycle.  Ecclesiastes 1 shows us the water cycle - All the rivers run into the sea, yet the sea is not full.  Job 26:8-9 show us the vapor and the clouds,  Amos 9:6 speaks of the layers in the sky and the waters of the sea. Isaiah 43:16 and Psalm 8:8 speak of the pathways of the sea.  Wow, the scriptures are full of hydrology! 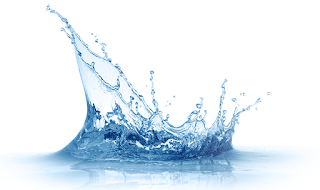 Water is a fascinating substance.  Water is the only substance that expands when it freezes.  All other substances shrink when they lose energy when cooling/freezing.  But God amended the law of freezing, just for water. If He hadn't, there would be no life on earth.  Lakes and rivers would freeze from the bottom up and everything would die.

Water gives energy:  when it is boiled and turns to steam, it can move freight trains.  When it rushes through water wheels, it can power a flour mill.  Water power was a driving force of the industrial revolution.

Water gives life.  You can survive 40 or more days without food, but only about 7 without water.  Our bodies are made up of about 60% water.  Cities and towns are generally built around a good source of water.


Water cleanses in many ways.  Scripture gives many examples of cleansing waters.  I won't elaborate here.

On day 2, we see that God divided the waters, above and below.  Before the flood, the sky was covered with what is called a firmament, or raqiya in Hebrew.  This word means a solid expanse.  If there had been airplanes back in the days of Adam, they would have bumped into this expanse.  Fasten your seatbelts; major turbulence expected!  When we look at Noah's flood, we will look at how this expanse was changed.  We will also see how the power of water is able to destroy life.

And it was evening, and morning, the second day.  (Did I mention that the Biblical day begins at sundown, which is why the Jewish days begin at sundown?)


Posted by Gratefully Grafted In at 1:38 PM