is going to be assured of God’s help.  There are many great promises to Israel in this chapter.

Verse 1 begins with a command to the coastlands to keep silent and come near.   and Phonecia are being called as witnesses to Isaiah’s speech.

Isaiah then mentions one who will be raised up from the east.  Isaiah is laying the foundation for the mention of Cyrus, which comes a little later in Isaiah.  In this section, he is prophesying about ’s rescue and return from – over 100 years before they even were sent there!  Cyrus is a Persian king.  Isaiah is letting us know that  will be taken over by the Medes and Persians at some future point.

Verse 4 asks, Who has done it?  Of course, the LORD is sovereign, and He has ordained it.  Only the LORD God can foretell the future in such a way.

The coastland peoples who were told to listen to this prophecy were afraid, and resorted to their idols in verses 5-7.  The Holy and true God would be too much for them.  What a strange response!  But even the Israelites had resorted to an idol after seeing the great and awesome power of God, when they made the golden calf in the wilderness.  What is it in human nature that makes us do this?  What exactly are we afraid of? 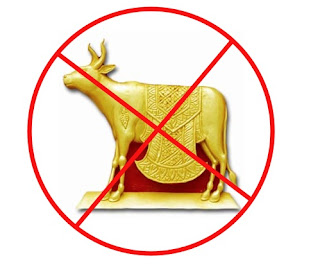 What follows in verses 8-10 is a beautiful affirmation from the LORD regarding Israel (some of my favorite verses in all of scripture):

“But you, Israel, are My servant,
Jacob whom I have chosen,
The descendants of Abraham My friend.
You whom I have taken from the ends of the earth,
And called from its farthest regions,
And said to you,
‘You are My servant,
I have chosen you and have not cast you away:
Fear not, for I am with you;
Be not dismayed, for I am your God.
I will strengthen you,
Yes, I will help you,
I will uphold you with My righteous right hand.’

Jacob (Israel), the descendents of Abraham, God's friend, cannot be unchosen.  (The word used for friend is ahav, which is stronger than our meaning of friend. It means beloved). Israel was the recipient of the everlasting Abrahamic covenant.

Twice in this passage,  called God’s servant, and they were – bringing the Holy One of Israel to the world.  They are still a light to the nations even today, not even knowing the Messiah yet.  Modern Israel has served the world through many inventions and technologies.  Here is just a partial list:
If you have gotten caught up in the boycott, divest, and sanction (BDS) movement against Israel, then first of all, may God have mercy on you (see Genesis 12:3), and second of all, good luck with that.  There is much you will have to give up in order to achieve your boycott.

Anyway, back to the passage.  Verse 9 speaks of Israel being called and taken from the ends of the earth and the farthest regions.  This is near/far prophecy, written just after the dispersion of the northern kingdom and before Judah was sent eastward to .  The second exile, which happened hundreds of years after Judah's regathering from Babylon, was a worldwide scattering, which is why the regathering will take place from the ends of the earth.

I love the statement, You are My servant, and I HAVE NOT CAST YOU AWAY.  So much for Replacement Theology.  Right in the middle of the worldwide regathering prophecy (which is happening in our current day), we are reminded of this fact.  God is not a liar.

The section continues with a command:  Fear not!  I will be with you, I will strengthen you, I will help you. I will uphold you with my RIGHTEOUS RIGHT HAND.

The section continues in verse 11 with a warning to those who contend badly with .  They will perish… come to nothing.  Again, if you are one of those boycotters, you might want to rethink your position.  Also go read Zechariah 12:3-6 if you need further clarification on what happens to those who come against God's chosen people.


In verse 13, the LORD repeats the promise of help and the admonition to fear not.  Remember, repetition happens for emphasis.  The third "fear not" will come in the next post, in part two of chapter 41. 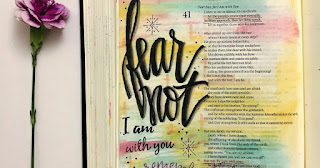 
If you would like to start at the beginning of Isaiah, click here.
Posted by Gratefully Grafted In at 10:01 AM