Following the LORD's discipline of Israel in chapter 42, Isaiah 43 jumps in with this:

Those two sweet little words tell us that there is more to come for Israel following the discipline.

But now, thus says the Lord, who created you, O Jacob,
And He who formed you, O Israel:
“FEAR NOT, for I have redeemed you;
I have called you by your name;
You are Mine. 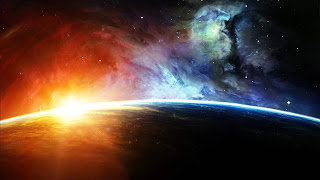 The word used here for created is boray, which means to create from nothing. The word is only used of God, and is first found in Genesis 1:1 when the LORD created the heavens and the earth out of nothing, speaking it into existence.

Man cannot create out of nothing, and neither can the evil one. The devil, the father of lies, can only imitate, and he uses his imitative abilities to deceive the world.

The word for formed, yatsar, is used of both God and man. It means to fashion or transform something out of existing materials.

I am reminded of the joke, where God was challenged by an athiest scientist. The challenge was to create life. When the scientist bent down to pick up some dirt, God told him, "Use your own dirt."

Anyway, in this verse we can see that God created Israel, and then He began the process of transforming Israel. The transformational process can be seen when you study the life of Jacob.  Post #19 in this series speaks a little of this process.

And the command, fear not, now appears again for the fourth time in three chapters. I believe the Almighty means business when He tells us not to fear. 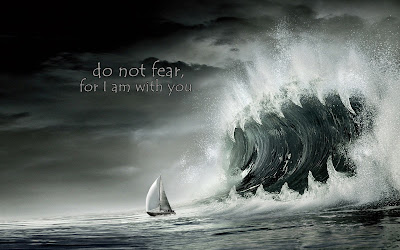 And in this section, God reiterates to Israel, "You are Mine." The everlasting and unconditional Abrahamic covenant makes this so. (Understanding the covenants is foundational to understanding the Bible. If you'd like a review of the seven covenants, click here.)

The passage continues on with more wonderful promises to Israel. Let these verses speak to your heart:


When you pass through the waters, I will be with you;
And through the rivers, they shall not overflow you.
When you walk through the fire, you shall not be burned,
Nor shall the flame scorch you.
(There has been hardship and chastisement over the centuries, but they are never permanently forsaken, as the church has unfortunately taught)
I gave Egypt for your ransom,
Ethiopia and Seba in your place.
Since you were precious in My sight,
You have been honored,
And I have loved you;
Therefore I will give men for you,
And people for your life.
Fear not, for I am with you;
I will bring your descendants from the east,
And gather you from the west;
I will say to the north, ‘Give them up!’
And to the south, ‘Do not keep them back!’
Bring My sons from afar,
And My daughters from the ends of the earth—
Everyone who is called by My name,
Whom I have created for My glory;
I have formed him, yes, I have made him.”

In context, this is spoken to Israel. As people of God who have been adopted into the commonwealth of Israel, we too can claim these beautiful promises in addition to (NOT instead of) Israel.

I need to just stop here and ponder the miracle of Israel for a moment.

Over 300 years ago, King Louis XIV of France asked Blaise Pascal, the great Christian philosopher, to give him proof of the existence of God. Pascal answered, “Why the Jews, your Majesty, the Jews!”

So many people and nations have persecuted them over the centuries, trying to wipe them out (of course, the devil is behind it - he hates what God loves).

The Jews had no country for over 1900 years. They spread to the four corners of the earth after Jerusalem was sacked and the temple destroyed in 70 AD.

By human standards, the nation of Israel should not exist. It’s impossible. Their modern wars were miracles. Israel’s existence today is a huge proof that God is who He says He is, and that He keeps His promises. It's that Abrahamic covenant again.

The regathering of Israel, from the east, west, north, and south… from the very ends of the earth, is going on now.   Prophecy regarding Israel is being fulfilled right under our noses.  Most of historical Christianity did not get to see what we are seeing today.

Moving on, verse 8 refers back to the blind and deaf referred to in the previous chapter, now healed. And in verse 10, the LORD calls Israel His witnesses, the servant whom He has chosen. Again, they were never un-chosen, only chastised.

In verses 10-13, the LORD is really reiterating WHO HE IS.  There is no Savior besides Him.  No other nation’s god is the true God.  Israel was privileged to bring knowledge of the One True God to the world.  God is One.  Yeshua is the physical manifestation of YHVH, the Holy One of Israel.

These verses are a stumbling block to orthodox Jews today. They believe Yeshua is a foreign god.  But if Yeshua is not YHVH in the flesh, our faith is futile and idolatrous.  Someday, YHVH will open the eyes of His chosen people and they will see Him.  However, I believe surprises abound for believers as well when we meet Him face to face.  I can hear it now... "Oh my word... He's Jewish???"

Verse 13 declares God to be eternal. Only God is eternal.

Indeed before the day was, I am He;
And there is no one who can deliver out of My hand;
I work, and who will reverse it?”

Yeshua said in John 8:58, Before Abraham was, I AM. At this point, The Jewish leaders then picked up rocks to stone Him, knowing full well He was claiming to be God.


Also, in John 18:6, Yeshua said, “I am He,” to his arresters, and they drew back and fell to the ground. He was declaring Himself God and there was power in His words, enough to knock the soldiers to the ground!

In the next several verses, we see reminders from the LORD - a reminder of who He is, and His promise to Israel for redemption. They had already been redeemed from Egypt, and they would soon be redeemed from Babylon.  I love that the reminder comes before they even depart for Babylon.  While in exile, they were able to cling to His promise.

And if those things are not enough, Isaiah continues with a command:  Do not remember former things! New things are coming!  What is coming is going to be so much greater.

It is interesting to note that every time the Jews entered or re-entered the land, there was something new that happened.

What follows in Isaiah is spoken in Millenium language. Animals will glorify Him, there will be rivers in the desert, and His chosen people shall declare His praise.

Isaiah wraps up this chapter with highlights of Israel's transgressions, and how they have wearied the Lord.  However, for His own sake, He will blot out their transgressions and forget their sins.  He has to do it because He said so...  the Abrahamic covenant again.


To start at the beginning of this series on Isaiah, click here.

Posted by Gratefully Grafted In at 7:25 AM