We have now come to the very highlight of the Joseph story. The first three verses:

Then Joseph could not restrain himself before all those who stood by him, and he cried out, "Make everyone go out from me!" So no one stood with him while Joseph made himself known to his brothers.

(The Jewish sages say that one of the ways he showed himself to his brothers was to show them his circumcision. Perhaps that is why he had everyone leave the room... for privacy.)

And he wept aloud, and the Egyptians and the house of Pharaoh heard it.

Then Joseph said to his brothers, "I am Joseph; does my father still live?" But his brothers could not answer him, for they were dismayed in his presence.

I cannot imagine the shock of his brothers at that moment when Joseph made himself known to them. In their great dismay, they couldn’t answer him. They were verklempt. The word for dismayed actually means terrified. 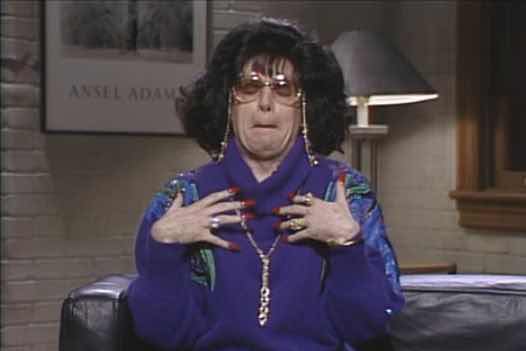 This scenarios brings to mind Zechariah 12:10, which says,

And I will pour on the house of David and on the inhabitants of Jerusalem the Spirit of grace and supplication; then they will look on Me whom they pierced. Yes, they will mourn for Him as one mourns for his only son, and grieve for Him as one grieves for a firstborn.

Verses 12-14 in that same chapter have an interesting connection to this scene as well. Each tribe mourns privately.

Another verse that comes to mind is Matthew 23:39, when Yeshua weeps over Jerusalem, saying that the Jewish nation would not see them again until they say blessed is He who comes in the name of the Lord.  In other words, not until they have a change of heart.  Just like Joseph's brothers.

Joseph spends the next four verses reassuring his brothers.

But now, do not therefore be grieved or angry with yourselves because you sold me here; for God sent me before you to preserve life.  "For these two years the famine has been in the land, and there are still five years in which there will be neither plowing nor harvesting.  "And God sent me before you to preserve a posterity for you in the earth, and to save your lives by a great deliverance. "So now it was not you who sent me here, but God; and He has made me a father to Pharaoh, and lord of all his house, and a ruler throughout all the land of Egypt.

It is at his brothers’ second visit to the land that they recognize Joseph. So think about this:  Israel left the land in 70 AD, and it is in their return to the land that Yeshua will reveal Himself to them, at His second coming.

For I do not desire, brethren, that you should be ignorant of this mystery, lest you should be wise in your own opinion, that blindness in part has happened to Israel until the fullness of the Gentiles has come in.  And so all Israel will be saved, as it is written:
“The Deliverer will come out of Zion,
And He will turn away ungodliness from Jacob;
For this is My covenant with them,
When I take away their sins.”

God meant all of this for good. For two years Joseph has been saving the world.  In the very same way, Yeshua has been saving the nations for two thousand years.  In Hebraic thought, numbers can be a picture of its tenfold multiple.  In other words, the number 2 carries the same thought as 200 or 2000.

What if the Jewish leaders had accepted Yeshua as the Messiah 2000 years ago?  They wouldn’t have plotted to put Him to death, and He would not have shed His innocent blood and died for our salvation. If they had accepted Him, all would have perished.  No salvation.  No blood atonement.  God meant it all for good!

In the same way, had Joseph’s brothers not rejected him, they would have perished in the terrible famine.  And if all Israel had perished, there would be no Messiah.

Someday very soon, Yeshua is going to return to Jerusalem, and His brothers are going to recognize Him.  It is such a key biblical doctrine... the whole Bible points to that day!  And yet, Israeology is simply not not taught in most churches in the world, many of whom think they ARE Israel.

This prophetic story of Joseph clearly shows that Replacement Theology is malarkey. God is not done with the Jews yet, any more than he was in the story of Joseph.

Remember, the Abrahamic Covenant is a permanent and unconditional covenant.


The story of Joseph continues.

He kisses all his brothers and weeps over them, and Joseph does not exclude those who had been especially cruel to him. His heart was open to his brothers both as a group and as individuals.  And he has an extra-tender moment with his full brother, Benjamin in verse 14.

After the big reveal, his brothers talk with him.  I have no doubt that this is a wonderful conversation. They have a lot to catch up on!

Joseph is anxious to see his father.  In verse 9, he urges his brothers to go get dad, and bring everyone else, too!  The famine still have five more years!

In verse 16, we see that Pharaoh hears about the reunion, and he immediately offers Joseph's family the best of Egypt.  The sons of Israel receive transportation, provision, garments, and riches because of who their favored brother is. Pharaoh blesses the sons of Jacob for Joseph’s sake.
To return to Canaan with ‘carts from Egypt’ was the cultural equivalent of landing a jumbo jet among a tribe of isolated savages. It would be the stuff legends are made of.

Perhaps we should treat the Jews the way Pharaoh treats Joseph's family.  Just sayin.'  Could we please just bless the Jews because they are the family of Yeshua?

So now Jacob is about to have the best day of his life:

Then they went up out of Egypt, and came to the land of Canaan to Jacob their father.  And they told him, saying, "Joseph is still alive, and he is governor over all the land of Egypt." And Jacob's heart stood still, because he did not believe them.

Then Israel said, "It is enough. Joseph my son is still alive. I will go and see him before I die."

The knowledge that his beloved son was alive – back from the dead, as it were – changes Israel’s testimony from all these things are against me (Genesis 42:36) to it is enough.

Notice how this testimony of faith comes from Israel, not Jacob. When Jacob is in charge, we see a whining, self-pitying, complaining, unbelieving type of man. In contrast Israel, the man God had redeemed, has a testimony of faith!

Posted by Gratefully Grafted In at 7:18 AM