Hello, sixty-two!  I have waited for you!

One of my very favorite verses of scripture these days is 62:1.  Here it is, with my commentary interjected:

For ’s sake I will not hold My peace,
(not the word shalom here, but chashah – meaning not stay inactive or silent)
And for ’s sake I will not rest,
Until her righteousness goes forth as brightness,
(as opposed to the darkness of the previous chapter)
And her salvation (Yeshua) as a lamp that burns.

I often feel like people just wish I would shut up about Israel. But I simply can’t.  Sadly, it is not a popular stance, both inside and outside the church. Oh well. I cannot hold my peace. UNTIL. Victory is coming.

We are living in the UNTIL. Think of the current age as the prophetic summer between the spring and fall moedim (often translated feasts, but more accurate would be appointed times).

These appointed times clearly outline God’s plan of redemption for the world through the Messiah. It is good to be familiar with them. The four spring feasts were fulfilled by Yeshua -  down to the last detail - when He came the first time as the Lamb of God. We can expect no less when He returns as the Lion of Judah, to keep His appointment with us and fulfill the fall feasts.

Verse 2 continues, speaking to Israel –
The Gentiles shall see your righteousness,
And all kings your glory.
You shall be called by a new name,
Which the mouth of the LORD will name.

Jacob got a new name , Israel, after struggling with the LORD overnight.  The word Israel means both struggles with God and prince with God.  Revelation 2:17 tells us that believers will also get a new name.

Abraham, Sarah, and Jacob all got new names.  Contrary to popular opinion, Paul did not get a new name; Paul was his Roman name and Shaul was his Hebrew name. This is still a common practice today, especially with Jews moving to Israel.  Many will choose a Hebraic name for themselves.

The prophecy to the land of Israel continues in verses 3-5:
You shall also be a crown of glory
In the hand of the Lord,
And a royal diadem
In the hand of your God.


You shall no longer be termed Forsaken,
Nor shall your land any more be termed Desolate;
But you shall be called Hephzibah,
(meaning my delight is in her)

And your land Beulah;
(meaning married.  The root word is baal, which means master or husband)
For the LORD delights in you,
And your land shall be married.
(See the Hebrew wordplay here?  You cannot see it in the English)

This is still speaking of the land, metaphorically, but most certainly includes the people. The LORD is rejoicing over both the land and its people.  They go hand in hand.  This is why the Abrahamic covenant included the land.
We are also a seeing further reference to the wedding of the Lamb, coming soon to a certain Middle Eastern city near (or not near) you. Do you have your invitation? It was signed in blood.

The next two verses are also some of my favorites in all of scripture:
I have set watchmen on your walls, O Jerusalem;
They shall never hold their peace day or night.
(remember verse 1 about not holding their peace?  Same word here - chashah)
You who make mention of the LORD, do not keep silent,
(are you one who makes mention of the LORD? Then this is for you.)
And give Him no rest till He establishes
And till He makes Jerusalem a praise in the earth.

Again, land, especially Jerusalem, is the object of praise because it is CENTRAL to God’s plan.
And again, until, (or till, in this translation). You are in this timeline. 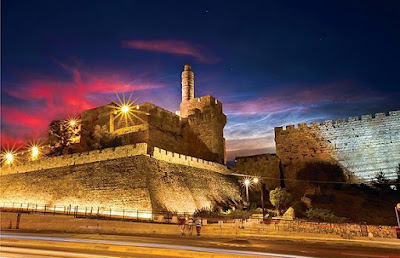 Jerusalem is the only city in the world for which the scriptures command us to pray.  And this time, the word shalom is used - three times!  We are not to hold our peace (chashah) in praying for Jerusalem's peace (shalom).

The church has historically allegorized Jerusalem into a spiritual place, but the bible clearly speaks that it is physical.  There is a future for the new Jerusalem that comes down from the heavens, to be sure, but we should not discount the current city that is awaiting its final renovation.

Jerusalem is the reason there are so many 24/7 prayer rooms. It is the FOCAL POINT of the Lord’s return. They do not rest, knowing that when the Messiah returns, Jerusalem will be a praise in the earth! The city of our Lord! His dwelling place!

The word Jerusalem means City of Peace.  It seems ironic; however, because Jerusalem has been ground zero for spiritual warfare throughout the centuries.  The prophetic nature of the name has not yet seen its fulfillment.

Continuing with verses 8-9, Isaiah switches gears a bit:
The Lord has sworn by His right hand And by the arm of His strength:
(remember, Yeshua IS the right hand of God)
“Surely I will no longer give your grain
As food for your enemies;
And the sons of the foreigner shall not drink your new wine,
(As a grafted-in member of the household of God, I no longer am included in the categories of enemy and foreigner)

For which you have labored.
But those who have gathered it shall eat it, And praise the Lord;
Those who have brought it together shall drink it in My holy courts.”

Verse 10 is a command to get ready:
Go through, Go through the gates!
Prepare the way for the people;
Build up, Build up the highway!
Take out the stones,
Lift up a banner for the peoples!

Verse 11 continues:
Indeed the Lord has proclaimed
To the end of the world
(a command to EVERYONE who follows Him):
“Say to the daughter of Zion, (speaking to future generations of Jews)
‘Surely your salvation (Yeshua) is coming;
Behold, His reward is with Him (we’ll come back to that),
And His work before Him.’”

This is far prophecy that goes beyond the first coming of Jesus.

Zechariah 9:9 is clearly written in first-coming language:
“Rejoice greatly, O daughter of Zion! Shout, O daughter of Jerusalem!
Behold, your King is coming to you; He is just and having salvation,
Lowly and riding on a donkey, A colt, the foal of a donkey.

Of course we know that Yeshua fulfilled this prophecy when He rode into Jerusalem to face His death.

But Isaiah confirms that this is second coming/end times context in verse 12. speaking of the people of Israel and the city of Jerusalem. This has not happened yet. Many Jews today are saved, but the nation of Israel still awaits final redemption.  It says:
And they (God’s followers – you and I) shall call them (the daughters of Zion)
The Holy People,
The Redeemed of the Lord;
And you shall be called Sought Out, A City Not Forsaken.

Okay, I want to go back to verse 11 for a moment.  What does it mean when it says His reward is with Him?

The Bible says that you will be rewarded for everything you have done for the kingdom since the day you were redeemed/justified by His blood. You might have forgotten about your actions, building up the kingdom, but He has not.  Through your sanctification (which happens after justification), you have been storing up treasures in heaven, according to Matthew 6:19-21. 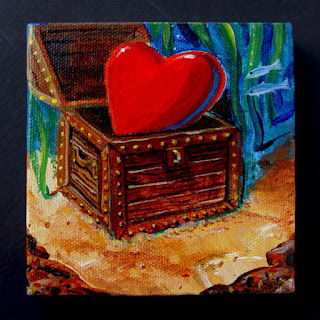 Indeed, Yeshua paid the price of your redemption by His blood. When you accept His sacrifice, you are justified. It is a one time deal; done.

Yes, there are those who do not participate in part 2. But it’s like buying a ticket to an interactive Broadway play, and then spending the entire play out in the lobby. It’s paid for, you are in, but you miss the show.  When Yeshua returns, your rewards will be minimal and you will have great regret.

And there is still part 3 of our salvation yet to come, at the resurrection when we receive our immortal bodies.  We humans are three part beings - mind, body, spirit - and all three of those things need saving, each in its own turn.

So here is a salvation recap for you:
This is is not something that is frequently taught in our congregations, but I hope it makes sense to you.  There are teachers out there that camp on justification and leave it at that, saying that nothing else is needed in your walk with the Lord.  But this is not the full counsel of scripture.  You don't want to miss out on all that God has for you.

If you are just joining in and would like to start at the beginning of this series on Isaiah, you may click here.

Posted by Gratefully Grafted In at 7:10 AM