This will be a longer post today as I want to cover two chapters.

We now move to chapter 56. The chapter opens with a command to keep justice and righteousness. Why? Because Salvation (Yeshua) is about to come!

As a Gentile myself (well, ancestry.com tells me I am 6% Jewish), verses 3-8 really speak to me.

Do not let the son of the foreigner
Who has joined himself to the LORD
Speak, saying,
“The LORD has utterly separated me from His people”;
Nor let the eunuch say,
“Here I am, a dry tree.”
For thus says the LORD:
“To the eunuchs who keep My Sabbaths,
And choose what pleases Me,
And hold fast My covenant,
Even to them I will give in My house
And within My walls a place and a name
Better than that of sons and daughters;
I will give them an everlasting name
That shall not be cut off.

“Also the sons of the foreigner
Who join themselves to the LORD, to serve Him,
And to love the name of the LORD, to be His servants—
Everyone who keeps from defiling the Sabbath,
And holds fast My covenant—
Even them I will bring to My holy mountain,
And make them joyful in My house of prayer.
Their burnt offerings and their sacrifices
Will be accepted on My altar;
For My house shall be called a house of prayer for all nations.”
The Lord God, who gathers the outcasts of Israel, says,
“Yet I will gather to him
Others besides those who are gathered to him.”

In these verses, the LORD declares a promise to the eunuchs, that they would have a place in His house. In the Moses covenant, eunuchs and other "defective" people could not approach God in the temple, per Leviticus 21:16-23. This had to be great news for those people, who previously must have felt marginalized by their own society.

Speaking of marginalized, I just saw the movie The Greatest Showman last night. I highly doubt that the movie accurately depicted PT Barnum's life and ideals. However, the Hollywood version portrayed various "defective" people - who had been hidden in shame by their families and demeaned by the world - as being elevated in society and becoming members of a loving circus family.


In the time of Isaiah, Gentiles were considered to be on the same level as the defective people outlined in Leviticus. Gentiles were even referred to as dogs. But as the Syro-Phonecian woman tells us in Matthew 15:27, even the dogs get the crumbs from the master’s table. Isaiah assures us that the invitation will be opened to all! 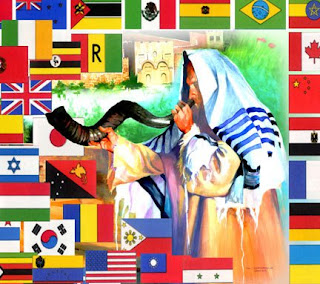 Verse 5 mentions the term a place and a name. In Hebrew, it is yad vashem. This is also the name of the Holocaust museum in Jerusalem. The museum gives the victims a name and a place, and they SHALL be remembered - a everlasting name that shall not be cut off, as Isaiah says.


There are numerous references to the Sabbath in this section. The Sabbath was always the pinnacle of keeping the Torah. So it begs the question: is keeping the Sabbath still for today? Are the 10 commandments? It seems to me that the church is gung ho for nine of the commandments, but this one seems to get a pass. (But at least they make the effort to bring it back up to 10, adding "Thou Shalt Tithe").

A little history... In the 4th century, all biblical feasts including Sabbath observation were made illegal under Constantine and the Holy Roman Empire. The day of worship got moved to Sunday (Sunday was not called a day of rest until the Reformation). Constantine was a lifetime member of the cult of Mithra - a sun god worshipper, even though he professed Christianity as well.

What did the early believers do? Acts 20:7 is a very interesting verse. Every single translation I looked at starts out with on the first day of the week. But a quick look at the original language in my trusty Blue Letter Bible app shows the Greek term mia sabbaton, which means on a certain Sabbath.  The first day of the week was always a work day in Israel.  It still is.

The very word Sabbath (Hebrew shabbat) comes from the root word for seven – sheva. It is the day that God Himself rested after all His work of creation. It is the only biblical appointed time that pointedly acknowledges God as creator. Today, creation is under attack. Observing the Sabbath honors the work that God did, and flies in the face of evolution.

This chapter leaves little doubt in my mind that those outside who join themselves to the LORD now have a directive to keep the Sabbath. However, the way a person honors the Sabbath today needs to be spirit-led, as under the New Covenant law. But it helps knowing what the Sabbath actually is!

Please note: It is not wrong to worship God on ANY day of the week!

Moving on... verse 7 says, EVEN THEM I will bring to My holy mountain (where the soon-to-be-built temple will stand - in Jerusalem). Who is even them referring to? Isaiah says, the sons of the foreigner. Ephesians 2:12-13 tells us: Therefore remember that you, once Gentiles in the flesh—who are called Uncircumcision by what is called the Circumcision made in the flesh by hands— that at that time you were without Messiah, being aliens from the commonwealth of Israel and strangers from the covenants of promise, having no hope and without God in the world. But now in Messiah Yeshua you who once were far off have been brought near by the blood of Messiah.

And of course the verse wraps up with the lovely prophecy that it WILL BE a house of prayer for all nations. This is a promise that is awaiting fulfillment.

Yeshua quoted this in Matthew 21 when He overturned the tables of the merchants. It was not wrong to buy and sell at the temple. People going up to Jersualem to visit the temple HAD to buy their sacrifices there. What was wrong was the fraudulent activity - cheating people. Verse 1 of this chapter emphasized justice and righteousness.

Defective animals would be sold to the worshippers at exorbitant prices, and then the priests would not accept them for their sacrifice. The defective lambs would be returned to the vendors and get sold over and over again.

Chapter 56 opened with a plea for justice and righteousness, but it closes with a description of the injustice that was going on among the watchmen and shepherds: in other words, the corrupt leadership of the temple. 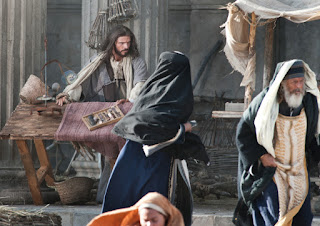 Moving on to Chapter 57, verses 1-2 could be summarized with a Billy Joel song title:  "Only the Good Die Young."  However, it also says that nobody considers that they are removed from evil.  I believe this is what happened to Enoch in Genesis. He walked with God, and then God removed him to spare him from evil.

The section that follows in verses 3-13 is an admonition against idol worship - a very common biblical theme.  It's probably why it is the first of the ten commandments.  No. Other. Gods.

Verse 8 speaks of the shame of being uncovered. Someone should tell this to society today. There is a lot of pride in being uncovered and exposing our private stuff. In the scriptures, nakedness is always linked to shame (except in the presence of your beloved).

In Genesis 2, nakedness was the last thing spoken of before the fall. They were naked and unashamed. There was no sin yet, and no need for covering.

It is interesting to note then, that the first thing they notice after their sin is their nakedness. Deeply ashamed, Adam and Eve tried to sew fig leaves for themselves - a picture of us trying to atone for ourselves through our own works.  But no.  God demonstrated right there in Genesis 3 that blood was required for covering when He provided them with animal skins.


Even though this section of scripture warns against idolatry, it ends on a high note:
But he who puts his trust in Me shall possess the land,
And shall inherit My holy mountain.”


The passage continues:  Heap it up! Heap it up! Prepare the way!  We see a foretaste of John the Baptist here.

Verse 15 continues:
For thus says the High and Lofty One
Who inhabits eternity, whose name is Holy:
“I dwell in the high and holy place,
With him who has a contrite and humble spirit,
To revive the spirit of the humble,
And to revive the heart of the contrite ones.

Our God lives in a high and lofty place, but He ALSO dwells with those who have a lowly, humble, and contrite spirit. He revives the spirits of the crushed and lowly ones.  This brings to mind the beatitudes of Matthew 5.  How blessed are those who are meek, humble, lowly, and so forth!

What follows in verses 16-19 is a promise by God that His anger will not be angry forever (but He definitely was angry). God has seen our ways, but He will heal, guide, and restore. He loves to forgive! He offers peace to those far off and peace to those who are near. Many wicked will turn to Him.  He has compassion toward backsliders and offers them grace and mercy.

But verses 20-21 tell us that not all will receive His message of reconciliation. The wicked are likened to waters that cast up mire and dirt, creating mud.  Alas, for them, there is no peace. 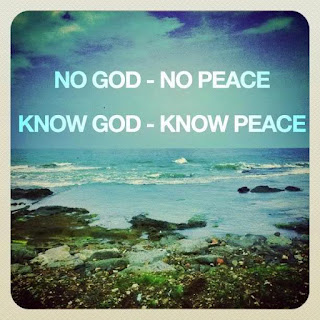 To start at the beginning of this walk through Isaiah, click here.
Posted by Gratefully Grafted In at 12:26 PM