Ok, I'm back.  I planned to blog while in Israel but it just didn't happen.  Something about trying to write extensively on a cellphone just doesn't work well for me.

Anyway, here we are at chapter 54.

Isaiah is giving us a glimpse of the future glory because of the previous atonement that we saw in chapters 52 and 53. 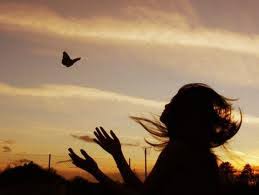 What is this talking about?  The barren woman here is unbelieving Israel.  Remember the question from chapter 53, "Who has believed our report?"  The nature of the question suggested that many would not believe.

But the good news is that this will change.  In the next few verses, Israel is then given wonderful promises:

“Enlarge the place of your tent,
And let them stretch out the curtains of your dwellings;
Do not spare;
Lengthen your cords,
And strengthen your stakes.
For you shall expand to the right and to the left,
And your descendants will inherit the nations,
And make the desolate cities inhabited.
“Do not fear, for you will not be ashamed;
Neither be disgraced, for you will not be put to shame;
For you will forget the shame of your youth,
And will not remember the reproach of your widowhood anymore.

And if all that isn't enough, verse 5 gets even better!

For your Maker is your husband,
The LORD of hosts is His name;
And your Redeemer is the Holy One of Israel;
He is called the God of the whole earth.

How lovely that our Redeemer is called the God of the whole earth!  This promise is to us along with Israel.  Together, we are His bride.  This is another place where we can see that the Messiah is God.

Verses 6-8 continue:
For the LORD has called you
Like a woman forsaken and grieved in spirit,
Like a youthful wife when you were refused,”
Says your God.
“For a mere moment I have forsaken you,
But with great mercies I will gather you.
With a little wrath I hid My face from you for a moment;
But with everlasting kindness I will have mercy on you,”
Says YHVH, your Redeemer.

We are living in the midst of this regathering right now, and the evil one is NOT happy.

The end of this section shows us a great contrast.   This happened (wrath), but then this (mercy).

This promise, made to Israel, was annulled by the gentile church upon the introduction of Replacement Theology in the second century.    Or at least they tried to annul it.  Today, with Israel back in her own land (according to so many promises of just that in the scriptures), many in the church are rejecting Replacement Theology - the crazy idea that the LORD was done with Israel as a nation and that all His blessings and promises were now transferred to (or fulfilled in) the church.

Verses 9 and 10 really drive home the fact that the LORD has not forgotten His chosen people:
“For this is like the waters of Noah to Me;
For as I have sworn
That the waters of Noah would no longer cover the earth,
So have I sworn
That I would not be angry with you, nor rebuke you.
For the mountains shall depart
And the hills be removed,
But My kindness shall not depart from you,
Nor shall My covenant of peace be removed,”
Says the LORD, who has mercy on you.

The strength of His promise to His people is reiterated here. It would be like the promise to Noah, when the LORD swore the earth would never again be destroyed by water.

Just a note on that covenant of peace... I have previously written about the seven covenants of the LORD that He made with mankind. This covenant of peace is the seventh and final covenant.  If you would like to review those covenants, you can click here.

In Numbers 25:12, Phineas was given an individual covenant of peace by God because of his zealousness for the LORD. But this seventh covenant of peace is collective; it includes the remnant of the nation of Israel and those grafted in – the residents of Messiah’s kingdom on earth.

Verses11-14 continue with the LORD's prromises to Israel, and then verses 15-17 feature warnings regarding Israel's enemies.

Verse 17 wraps up this section with this:
No weapon formed against you shall prosper,
And every tongue which rises against you in judgment
You shall condemn.
This is the heritage of the servants of the LORD,
And their righteousness is from Me,”
Says the LORD.

That opening phrase, No weapon formed against you shall prosper, is a popular verse in many churches, especially the charismatic ones. But the context here is Israel. It is a physical truth and a spiritual truth. We can apply this to ourselves as well, as long as it is not “instead of” Israel, but “along with” Israel.

Regarding the condemnation mentioned in this verse:  All the lies against Israel will soon be taken care of. No more will there be the BDS movement (the worldwide movement that promotes a boycott of Israel), UNESCO denying Jewish presence in the land of Israel, the world’s politicians, the lies of the Palestinian Authority/Hamas/Hezbollah/Fatah to blame Israel for their troubles, and even certain Christian denominations that condemn Israel at every turn.

God will put an end to all the condemnation.  His Word says so.  But in the meantime... 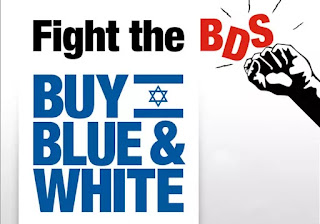 And if you would like to start at the beginning of this series on Isaiah, click here.

Posted by Gratefully Grafted In at 3:38 PM