We now see a major change of style and focus for Isaiah, as he switches to a more historical narrative in chapters 36-39.  Not only that, but after these chapters, the tone of Isaiah will change significantly.

Chapter 36 picks up as Sennacherib and the Assyrians were knocking on ’s door. Back in Isaiah 8:8, it was prophesied that Assyria would sweep through the land of Judah, "up to the neck," which is Jerusalem. King Sennacherib and his minions showed up outside of Jerusalem, and his men began to taunt the people of Jerusalem, speaking their threats in Hebrew in order to make the people afraid.  And indeed there was fear!  The chapter ends with Hezekiah's close advisors coming to him with the terrible report:

Then Eliakim the son of Hilkiah, who was over the household, Shebna the scribe, and Joah the son of Asaph, the recorder, came to Hezekiah with their clothes torn, and told him the words of the Rabshakeh.

And so it was, when King Hezekiah heard it, that he tore his clothes, covered himself with sackcloth, and went into the house of the LORD.

I love this.  He didn't run to his cellphone to text all his friends for advice.  He didn't put out a dramatic post on Facebook.  No, instead, he humbled himself and went straight to the LORD.  How many times have we ourselves done the former when trouble arises, instead of going straight to the Throne?

Listen to Hezekiah's words to the LORD.
Now therefore, O LORD our God, save us from his hand, that all the kingdoms of the earth may know that You are the LORD, You alone.”

Hezekiah wanted the world to know the power of his LORD!  And YHVH answered Hezekiah's prayer of faith in a mighty way.  It did not go well for Sennacherib.  Chapter 37 wraps up thusly:

Then the angel of the LORD went out, and killed in the camp of the Assyrians one hundred and eighty-five thousand; and when people arose early in the morning, there were the corpses—all dead. So Sennacherib king of Assyria departed and went away, returned home, and remained at Nineveh. Now it came to pass, as he was worshiping in the house of Nisroch his god, that his sons Adrammelech and Sharezer struck him down with the sword; and they escaped into the land of Ararat. Then Esarhaddon his son reigned in his place.

The troops just... died.  No swords, no skirmishes - just the mighty hand of the LORD.  Sennacherib just slunk back to his lair, where he was murdered by his own sons.  The threat of Assyria against Jerusalem faded into the annals of history.


Soon after the defeat of Assyria, chapter 38 tells us that Hezekiah became sick and was dying.  More details are outlined in 2 Kings 20.  Weeping bitter tears, Hezekiah asked for a longer life, and YHVH granted him 15 more years.  Can you imagine knowing when you will die?  What would you do with the days or years remaining to you?

It is interesting to note that when Hezekiah died 15 years later, his son Manasseh ascended to the throne at age 12.  So at the time that Hezekiah had been ill, he had no heir to the throne.  The LORD had to relent so that the line of King David would continue according to the Davidic Covenant recorded in 2 Samuel 7.  I believe Hezekiah was being tested for his faith when he was ill, and he passed the test.  Kind of like when Moses passed the test in the wilderness when the LORD declared He would wipe out the Israelites and start over with Moses.  Moses knew the covenant promises.

But just like King David, King Hezekiah was not perfect, as chapter 39 demonstrates.  Assyria was gone, but now we see Babylon entering the stage for Act 2.  Hezekiah proudly showed all his treasures to the Babylonian envoy. 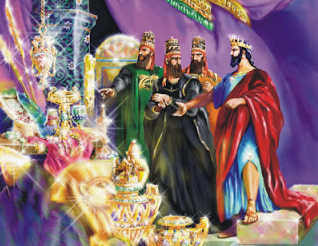 Isaiah told Hezekiah that all of it would be carried off to  someday, but not in Hezekiah’s lifetime.  Hezekiah 's reply is surprising:

So Hezekiah said to Isaiah, “The word of the LORD which you have spoken is good!” For he said, “At least there will be peace and truth in my days.”
How strange that he didn’t show any remorse for what he did and what his descendants were going to face.

It is significant that the focus of the book of Isaiah switches from Assyria to Babylon in this section.  As I wrote in my first post on this book, I believe there is a strong parallel of Isaiah to the entire Bible itself.   We have just covered 39 chapters, just like the first part of our Bible is made up of 39 books. 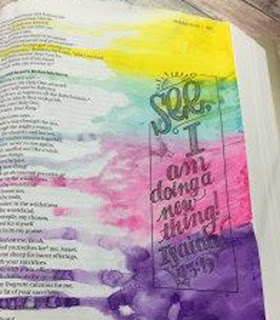 
If you would like to start at the beginning of Isaiah, click here.
Posted by Gratefully Grafted In at 8:51 AM