Brace yourself for another of Isaiah's famous roller coaster rides.  We are going to fly through two chapters today.

Chapters 28-33 are a series of sermons that Isaiah preached about town, and each one begins with “woe.” This word means the opposite of blessed. In the Hebrew, it is pronounced hoy, meaning Ah!  Alas!  O! Oy vey! Or in the Scandanavian vernacular I was raised with - uff da!

What follows in chapter 28 is a grave warning to Ephraim (the northern Kingdom) and
There are numerous references to drunkards and intoxication. The Northern kingdom had fallen into grave alcohol abuse.  Even the priests and prophets were prone to it.  Verse 8 tells us there was filthiness and vomit on the tables.  I believe this to be both literal and figurative in the context.

In verses 9-10, Isaiah speaks to the people in words that we are probably familiar with:  Precept upon precept, line upon line, here a little, there a little.  These people were not heeding the word of God and Isaiah was speaking to them like little children - those just weaned from the breast.

Speaking of biblical precepts:  One of the best ways to study God’s word is to compare scripture to scripture, assembling it like a puzzle.  Commentaries and opinions are fine to read, but ultimately we must come back to God’s word.  Systematic theology considers the whole word, not just proof texts. And we must consider the full counsel of scripture, and move beyond babes needing milk. 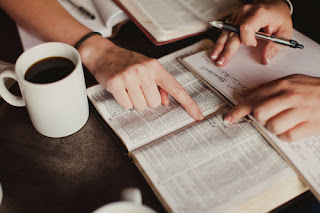 The repetition of precept on precept in verse 13 suggests that the Word of the Lord had become burdensome to the people who simply did not want to listen.

In verses 14-15, Isaiah rebukes the leaders in , who made a covenant with death.  They had placed their trust in something besides God.  We see here the use of near/far prophecy. There is an immediate application to , and an allusion to a future agreement with the antichrist and beast system of the last days.  Daniel 9:28 hints at the agreement that Israel will someday make with the destructive prince who is to come.

Isaiah switches gears again in verse 16, where he speaks of the cornerstone:
Therefore thus says the Lord God:
“Behold, I lay in Zion a stone for a foundation,
A tried stone, a precious cornerstone, a sure foundation;
Whoever believes will not act hastily.


The stone, our Messiah, will deliver some of them from the covenant with death.

Isaiah continues in verse 17, letting us know that God in justice and righteousness will allow tribulation, which refines us.  God allows trials and tribulations to draw us back near to Him.

And in verse 18, we learn that the covenant with death will be annulled.  The evil one will turn on them.  Many won’t survive.

Again, this is near/far/far prophecy.  It happened in part when took in 586 BC, when took in 70 AD, and will happen in the near future when antichrist defiles the temple before the Day of the Lord.

Chapter 28 wraps up with a picture of plowing and preparing the soil for seed.  Plowing is painful, but the plowing does not go on forever.  And we again see the term pele yo-etz - wonderful counselor, a term reserved only for the LORD.  He is marvelous in ALL His ways, even if they do not make sense to us at the time.

Chapter 29 opens up with a reference to Ariel – a symbolic name for  Ariel means Lion of God. 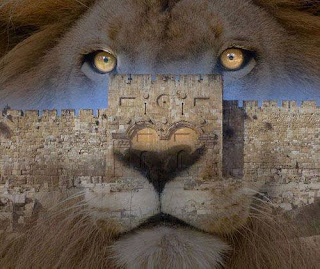 What follows is more near/far prophecy on ’s destruction.  To date, has been fully destroyed  twice, and in part at least 40 times.

But yet… verses 5-6 give an immediate prophecy that was fulfilled in Hezekiah’s time when Sennacherib’s men came against , and 185,000 died outside the walls of some plague.  Further details of this miraculous event are recorded in 2 Kings 19.

Verses 7-8 give a more far-reaching prophecy to nations that come against … even today.   Zechariah 12:2-4 tells us that  will be a cup of drunkenness and a heavy stone for all peoples who come against her.

Isaiah continues in verses 9-12, with a warning to the people of regarding their blindness. Verse 13 tells us why:
“Inasmuch as these people draw near with their mouths
And honor Me with their lips,
But have removed their hearts far from Me,
And their fear toward Me is taught by the commandment of men

Their worship of the LORD at that time was based on merely human rules they had been taught. Yeshua quoted this verse in Matthew 15. He was rebuking the leaders who put great burdens on the people with their interpretations of the Torah, but their hearts were hard.  They were not motivated by love for God.

I believe we can all be guilty of this.  Leadership makes the rules and we follow them sometimes without question, in spite of what the scriptures might say.

So because the people are only honoring the LORD with their lips but not their hearts, He moves into action mode.  In verse 14, the Hebrew word pele (pronounced PAY lay, meaning wonder) shows up again... three times!  As I have said before, pele is a word that can only be attributed to the LORD.  And three times!  It is the ultimate emphasis.

The verse is basically saying, therefore, I will again do pele with this people, with pele upon pele!!  This can only be a foretelling of the Messiah's arrival.

In his usual fashion, Isaiah switches gears again in verses 15-16, warning those who deny God, saying the potter did not make me. Today we have this same problem in the world, and it is known as the theory of evolution.

But just wait! In spite of the current state of spiritual blindness, wonders are coming – the deaf will hear, the blind will see, as the next few verses tell us.  The meek will find joy, the poor shall exult in the Holy one of !  Of course, the Messiah will fulfill all of this.

The ruthless and scoffers will come to nothing and cease.

The chapter ends on a high note:  another prophecy of the restoration of Jacob, an end to Israel's shame.
Therefore thus says the Lord, who redeemed Abraham, concerning the house of Jacob:
“Jacob shall not now be ashamed,
Nor shall his face now grow pale;
But when he sees his children,
The work of My hands, in his midst,
They will hallow My name,
And hallow the Holy One of Jacob,
And fear the God of Israel.
These also who erred in spirit will come to understanding,
And those who complained will learn doctrine.”

If you would like to start at the beginning of Isaiah, click here.
Posted by Gratefully Grafted In at 8:15 AM