Our walk through Isaiah brings us to chapter 22.  It begins with an oracle to the valley of vision – which is more prophecy to Jerusalem regarding the Assyrian invasion during King Hezekiah’s time.  The scene is not pretty - God's hand of protection had been lifted and there were broken walls and chariots all around.

Verses 9-11 mention pools, waters, and a reservoir, which is possibly referring to the tunnel that King Hezekiah built to withstand a siege.  But the prophecy continues that it is too little, too late.  The LORD had called for weeping and mourning, and the people responded with celebrating.  Verse 14  wraps up this section with a grim warning to the people of Jerusalem:

Then it was revealed in my hearing by the Lord of hosts,
“Surely for this iniquity there will be no atonement for you,
Even to your death,” says the Lord God of hosts.

We see a clear change of tone beginning with verse 15. Shebna was the king’s scribe who was ousted from his high position under Hezekiah. Further details of this time are outlined in 2 Kings 18.

Shebna (meaning vigor, from an unused root meaning to grow) was cut off from having the king's ear. In fact, verse 17 says  Indeed, the Lord will throw you away violently, O mighty man, and will surely seize you.  Shebna's service was indeed ended with vigor.  Could Shebna have been a picture of the Pharisees and Sadduccees that ruled at the time of Yeshua?

Eliakim means God raises, or God sets up.  And this is exactly what happened.

Isaiah continues in verses 20-22, telling us that Eliakim, the master’s servant, is raised up and given the Key of David.  This is about having authoritative access to the king.  The concept is outlined here in Isaiah but is carried into the new covenant. 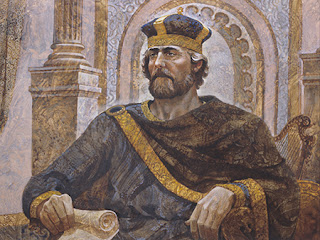 Revelation 3:7 says, “And to the angel of the church in Philadelphia write, ‘These things says He who is holy, He who is true, “He who has the key of David, He who opens and no one shuts, and shuts and no one opens”

It is my understanding that a more correct translation of the Greek would say, "whatever has been already been allowed in heaven is allowed on earth, and whatever is not allowed by heaven will not be allowed on earth."  The LORD is establishing the fact that He is the ultimate authority, and the ekklesia is His assembly on earth that is to carry out His authority.

In addition to the general authority of the ekklesia, Peter was given the keys to the kingdom in Matthew 16, and he was actually given specific authority to open certain doors. 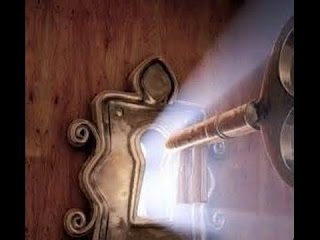 This does not mean that Peter was the first pope.  It means that he was given a very specific job to do in "unlocking" the Messianic kingdom - first to the Jews in Jerusalem and Judea, then to Samaria, and then to the ends of the earth.

Matthew 18:15-20 elaborates on New Covenant authority and discipline, culminating with verse 20: For where two or three are gathered together in My name, I am there in the midst of them.

Many seem to take this out of context and apply it to prayer meetings, but it comes right from Deuteronomy 19:15, which says, One witness shall not rise against a man concerning any iniquity or any sin that he commits; by the mouth of two or three witnesses the matter shall be established. It is about governing the assembly, and establishing a matter with witnesses.

Rest assured, you can pray alone, and Yeshua will be with you. Yes, corporate prayer and worship is also important, and is dealt with elsewhere in scripture.

A side note:  I would like to address the Greek word ekklesia, which is often translated into the word church.  A better translation would be congregation or assembly.  In the *Septuagint, we see the Greek words ekklesia and sunagogue appearing seven different times together in the same verses.  The words are nearly synonymous.

Exodus 12:6 is the first such appearance: Now you shall keep it until the fourteenth day of the same month. Then the whole assembly (Hebrew qahal, Greek ekklesia) of the congregation (Hebrew edah, Greek sunagoge) of Israel shall kill it at twilight.

*The Septuagint is the Hebrew scriptures that were translated into Greek by 70 Jewish scholars a couple hundred years before Yeshua.

Many people believe that Pentecost was the birth of the "church."  I disagree.  The ekklesia - God's assembly of people on earth - was already in existence.  The LORD was instituting a new era for His ekklesia - the amazing and mysterious indwelling of the Holy Spirit  until He returns - but He was not instituting a new ekklesia altogether.

People have been so eager to separate the church and the synagogue over the last two thousand years, but when God says One New Man, He really means it!  Someday soon we will all be one together in the Messiah. Hallelujah! 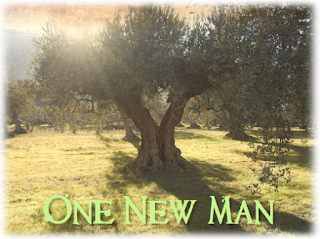 I have debated whether to include chapter 23 on this post, and decided to do it since it would be a pretty short post all on its own.  But here comes another change of gears... Isaiah is really good at that!

Chapter 23 is the last of the judgments against foreign nations. The prophecy is against sister cities and

Tyre and Sidon were the main cities in the empire known as Phonecia – they were an advanced society, inventing an alphabet from where we get our word phonics.

The location of ancient Phonecia is modern day , just north of  the empire stretched to the coast of North Africa, possibly as far as .

Their religion was abominable and pagan.   Ahab's wife, Queen Jezebel, was from and brought Baal and Ashtoreth to .  (Baal was the Phonician version of the sun god and Ashtoreth was their version of the moon goddess - see my previous post for more information on that subject).

In 1 Kings 18, we can read the showdown between God and Baal with Elijah on Mount Carmel.  And as we know, God won  (He always wins). 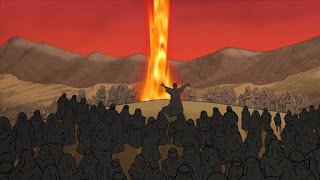 In verse 2 of chapter 23, Isaiah refers to the sea being filled.   was also an island, and in 322 BC, Alexander the Great created a causeway out of dirt, stones, and timbers, connecting the island to the mainland, conquering it and changing it forever. 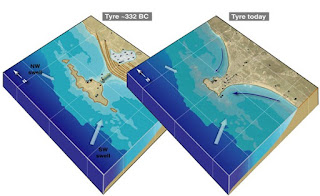 Why did Tyre and Sidon fall? Verse 9 tells us. The Lord of hosts has purposed it, To bring to dishonor the pride of all glory, To bring into contempt all the honorable of the earth. 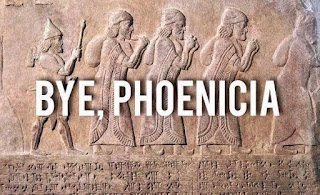 If you would like to start at the beginning of Isaiah, click here.
Posted by Gratefully Grafted In at 9:02 AM