This week is the celebration of the 65th birthday of the State of Israel. 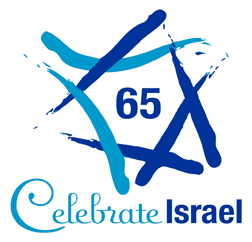 If you follow the Middle East conflict at all, you are probably aware that Arabs do not celebrate Israel's Independence Day.  What you will hear about from Arabs instead is the "Nakba" (which is Arabic for catastrophe).  They are referring to the great exodus of Arabs from Israel that took place as the surrounding Arab countries invaded the newborn country with the intention of destroying it.  Many Arabs fled in the face of the invasion, encouraged by their own leadership to do so and being reassured that they could return home after the Jews had been driven into the sea.  Other Arabs were forced out by the Israeli troops who were defending their new country in the face of the attacks.

The numbers are disputed, but it is estimated that over 700,000 Arabs fled the new Jewish homeland and went to the Arab areas of Palestine (mostly West Bank and Gaza), and also to Lebanon, Egypt, and Jordan, among other places.

Today, sixty-five years later, we still hear about Palestinian refugees - people who are the children, grandchildren, and great-grandchildren of the original refugees.  For political reasons, they continue to claim refugee status.  No Arab countries will take them in as citizens while they languish in various refugee camps and neighborhoods.

What we do not often hear about today is the 850,000-1,000,000 Jewish people who were forced out of the surrounding Arab countries beginning in 1948.  Many of them had been in their respective countries for over twenty centuries, pre-dating Islam and Christianity.  For example, Iraq had had a significant Jewish population since the Babylonian exile of 586 BC.  It is estimated that in 1948, there were 135,000 Jews in Iraq.  Today, that number is virtually zero. 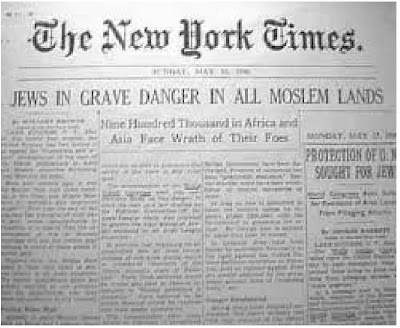 For a little perspective, here is a list of estimated Jewish populations in some of the other surrounding Arab countries; pre-1948 versus today:
Most of these people were forced to leave because of severe persecution that escalated in 1948.  They left with the clothes on their backs and if lucky, a small suitcase.  It is estimated that the property value that was confiscated or abandoned by these Jewish refugees is $300 billion in today's money.  The land that they vacated is estimated to be almost five times the size of the state of Israel.  The UN provided them with exactly zero dollars in aid, as opposed to the over $50 billion dollars that has been given to the Palestinian Arab refugees and their descendants.

So why don't we hear much about these folks?  Perhaps it is because they refused to cling to the label "refugees."  They didn't foster the victim mentality amongst themselves... they moved on with their lives.

The disturbing thing is that these Muslim countries are now doing the same thing to their Christian populations.  There is a saying in Islam: "First the Saturday people, then the Sunday people."  In other words, first the Jews, and then the Christians.  And that is exactly what we have been seeing.  The Jewish people are virtually gone from these countries, and the persecution of the Christians is heating up.

Revelation 12 talks about this.  The woman represents Israel.  In verses 6 and 14, she is led to a place of safety in the wilderness.  Verse 17 speaks of the dragon's frustration, and then his subsequent target:  And the dragon was enraged with the woman, and he went to make war with the rest of her offspring, who keep the commandments of God and have the testimony of Jesus Christ.

First the Jews, and then the Christians.
Posted by Gratefully Grafted In at 8:25 PM