Living in the End Times... How Can We Know?

Yes, I know - people have been saying the Lord is returning soon ever since He went back to His Father, nearly two thousand years ago. So how can anyone really know that the time is near?

The Word gives us many clues.  And all we have to do is look around us to see those things taking place right under our very noses.

Although there are many more than this, I will focus on three different Biblical reasons why we can believe that Yeshua is returning very, very soon. 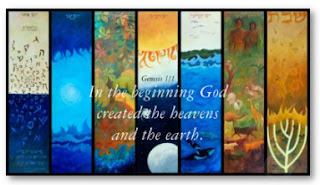 In Revelation, God gave us the letters to the Seven Churches.  These letters are not just instruction to those seven actual churches in Asia Minor.  They are a prophetic picture of the age we are now in.  The churches, in order, line up with church history, from the end of Acts to the present.  Right now, we are on the cusp of Philadelphia/Laodicea.  (For more information on the Seven Churches, feel free to click on the "Seven Churches" label to the right.

There are also seven feasts (appointed times) of the Lord, which are outlined in Leviticus 23.  The Messiah has fulfilled the first four with His first coming:  Passover with His death, Unleavened Bread with His Burial, Firstfruits with His resurrection, and Shavuot (Pentecost) when He sent the Holy Spirit.  The "long, hot summer" between the Feasts is the time period we are now in - the church age, in which the gospel is offered to the nations.  He will return to fulfill Yom Teruah (Feast of Trumpets, aka Rosh Hashanah), Yom Kippur (Day of Atonement), and Sukkot (Feast of Tabernacles). 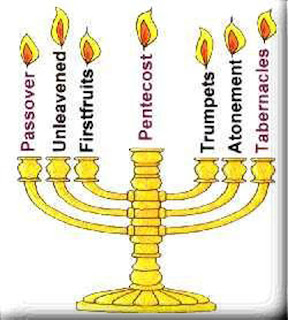 Interestingly, Yom Teruah is the feast known as "no man knows the day or the hour," because the priests had to search for the new moon.  (The other six feasts take place later in the lunar month when the moon is visible). Without knowing the Jewish roots of this expression, people today get all whipped up over "date-setting." Luke 21:7 says, "So they asked Him, saying, “Teacher, but when will these things be? And what sign will there be when these things are about to take place?”  And Yeshua proceeded to explain to them all the signs that will precede the end of the age.


2.  The Increase of Knowledge

Daniel 12:4 says, “But you, Daniel, shut up the words, and seal the book until the time of the end; many shall run to and fro, and knowledge shall increase.”

Is that true today, or what?  The beginning of the industrial age was marked by the invention of the steam engine in the 1700s.  From there, we progressed to all manner of machines and inventions, leading right up to the current information age.  Google gives us any factoid we want to know, right at our fingertips.  It is easy to look at modern history and see how knowledge has increased exponentially.  I find it interesting that the bicycle, the car, and the airplane were invented all within a few decades of each other.


3.  The Modern State of Israel

This one is my favorite.

No other sign shows God's power and faithfulness better than His miraculous regathering of the exiles from all over the Earth.   No people group has ever been able to maintain their identity once expelled from their homeland the way the Jewish people have.  Especially when so many in history have tried to hard to annihilate them!
﻿

The Jewish people experienced two expulsions from the land that was promised to Abraham as an everlasting possession in Genesis 17:7 (and later confirmed to both Isaac and Jacob).  The first dispersion was due to idolatry and disobedience to the Moses covenant made at Sinai.  They were sent to Babylon, remained there for 70 years, and were then sent back by King Cyrus - just as Isaiah had prophesied many years earlier.

The second expulsion happened because the Jewish leaders rejected Yeshua as Israel's Messiah; thereby leading many of their people astray.  The temple was destroyed in 70 AD (forty years after the death and resurrection of the Messiah) and the Jewish people were scattered, not just to Babylon, but to the four corners of the Earth.

Some of the early church fathers didn't know what to make of this.  They developed "Replacement Theology," which says that the Church replaced Israel in God's plan; that God is done with Israel for good.  And for many centuries, it may have seemed that way to them, since the Jews were no longer in their homeland.  But to cling to this theology, they needed to either ignore or allegorize so many scriptures.  Here are a few examples (and there are many, many more):

Isaiah 41:9
You [Israel] whom I [God] have taken from the ends of the earth,
And called from its farthest regions,
And said to you,‘You are My servant,
I have chosen you and have not cast you away...

“If heaven above can be measured,
And the foundations of the earth searched out beneath,
I will also cast off all the seed of Israel
For all that they have done," says the Lord.
Isaiah 14:1
For the Lord will have mercy on Jacob, and will still choose Israel, and settle them in their own land. The strangers will be joined with them, and they will cling to the house of Jacob.
Amos 9:14-15
I will bring back the captives of My people Israel;
They shall build the waste cities and inhabit them;
They shall plant vineyards and drink wine from them;
They shall also make gardens and eat fruit from them.
I will plant them in their land,
And no longer shall they be pulled up
From the land I have given them,”Says the Lord your God.

Joel 2:18-19
Then the Lord will be zealous for His land,
And pity His people.
The Lord will answer and say to His people,
“Behold, I will send you grain and new wine and oil,
And you will be satisfied by them;
I will no longer make you a reproach among the nations.
Romans 11:1
I say then, has God cast away His people? Certainly not! For I [Paul] also am an Israelite, of the seed of Abraham, of the tribe of Benjamin.
Here's the thing.  God made an unconditional covenant with Abraham, and it is not in His nature to go back on that promise.  Israel was not permanantly rejected.  Just as fathers discipline their children out of love and necessity, so too does God discipline his Chosen People.  Rather than viewing Israel as accursed, Christians should regard Israel as siblings.  We need to understand the Father's heart of love regarding his Prodigal Son, and not become arrogant like the older brother.
I have digressed a little here, but the fact that the State of Israel was born in 1948 shows us that God's plan is rapidly moving forward.  Then in 1967, Israel once again regained control over the holy city of Jerusalem, for the first time in thousands of years.  The last days are centered on Jerusalem!
Satan is hard at work to see that Israel does not succeed as a nation, because he knows that his time is very short.  The fact that the international media spends an inordinate amount of time on every little thing that goes on in the tiny State of Israel - that is about 1/8 the size of Florida - further emphasizes that this is a spiritual battle.
This battle will culminate when the Lord returns and the nation of Israel receives her Messiah once and for all.
Zechariah 12:10 says, “And I will pour on the house of David and on the inhabitants of Jerusalem the Spirit of grace and supplication; then they will look on Me whom they pierced. Yes, they will mourn for Him as one mourns for his only son, and grieve for Him as one grieves for a firstborn. 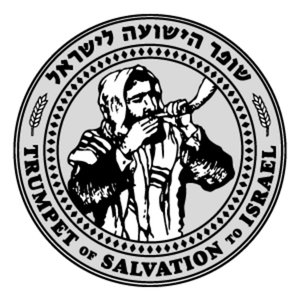 And Romans 11:26-27 says, And so all Israel will be saved, as it is written [in Isaiah 59:20-21],
“The Deliverer will come out of Zion,
And He will turn away ungodliness from Jacob;
For this is My covenant with them,
When I take away their sins.”
We as gentile believers were once "aliens from the commonwealth of Israel and strangers from the covenants of promise" (Ephesians 2:12), but are now "grafted in, and with them became a partaker of the root and fatness of the olive tree" (Romans 11:17).

God's plan is centered on the people of Israel, and so as we look for the return of the Lord, it is wise for believers to pay close attention to, and pray for, Israel in these last days.

Pray for the peace of Jerusalem:
May they prosper who love you.
Psalm 122:6

Posted by Gratefully Grafted In at 9:27 AM