Today is an in-depth look at chapter 3 - the very chapter that the rest of the Bible seeks to remedy.

I have already touched on chapter 3 in previous posts.  The snake deceived Eve, Eve offered to Adam, Adam ate.  God meted out punishment accordingly.  They became naked and ashamed.

And even though it was the woman who ate the fruit first, Romans 5:12 tells us that sin entered the world through Adam!  In other words, the woman was deceived, but Adam knew exactly what he was doing.  Was he just being dumb?  No.  He is a foreshadow of our Messiah, and here is why.

Eve was his wife and he loved her.  When he saw that she was a goner, he willingly took the fruit and ate.  He didn't love the fruit, he loved his wife.  What a picture of the Messiah, Who loved His bride so much that He took on the cross.  He took the fall for us, just as Adam did for his bride. 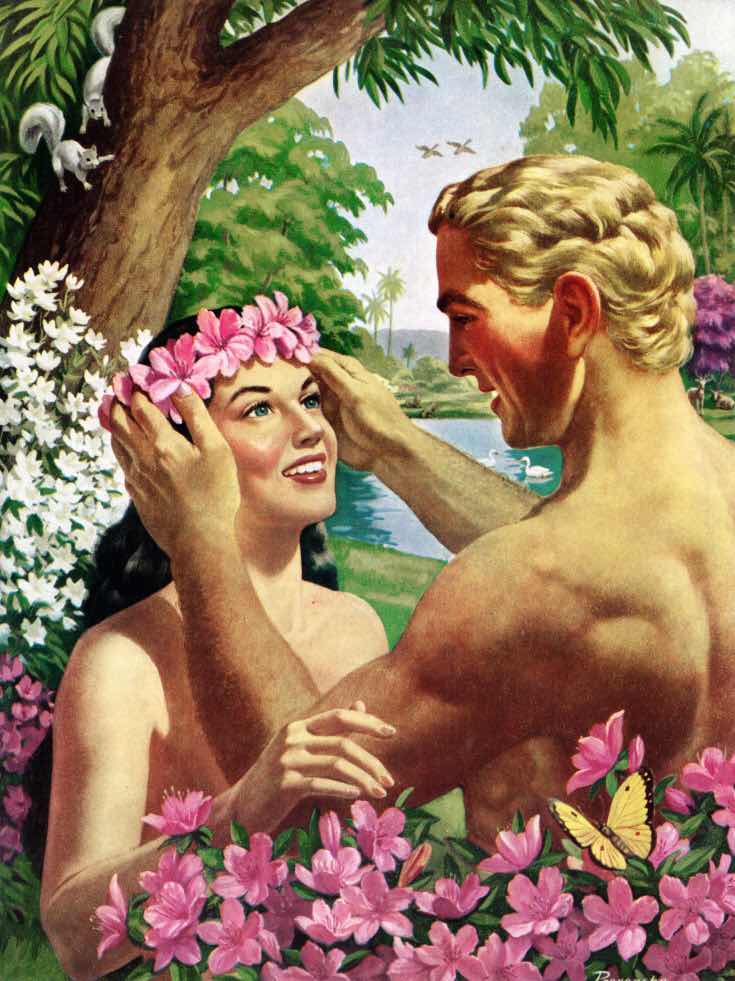 Yeshua is even called by the name Adam.  1 Corinthians 15:45 goes back to Genesis and links Yeshua to Adam when it says this:
And so it is written, “The first man Adam became a living being.” The last Adam became a life-giving spirit.

Just like Adam, the Messiah knew exactly what He was doing when He went to the cross.  He loved His bride and willingly took her punishment.  And in doing so, Yeshua reversed the curse that Adam brought to the world, reversing death and bringing life.  God would not have to be alone, without His beloved creations.

Moving on, I want to pause and talk about 3:15, a very key verse in scripture.  The LORD is addressing the devil.

And I will put enmity
Between you and the woman,
And between your seed and her Seed;
He shall bruise your head,
And you shall bruise His heel.”

Scripture elaborates on this enmity in Revelation 12:1-9:

Now a great sign appeared in heaven: a woman clothed with the sun, with the moon under her feet, and on her head a garland of twelve stars. Then being with child, she cried out in labor and in pain to give birth.

Why does the woman have the moon under her feet?  Under the feet is a symbol of something being conquered.  What is the moon a symbol of?  It goes back to the false religious system invented in Babylon.  Its ultimate fulfillment shows up today as Islam.  All mosques have a crescent moon on them.  Remember the spiritual warfare that was prophesied in Genesis 3:15?  The seed of the woman will crush the head of the serpent.

And another sign appeared in heaven: behold, a great, fiery red dragon having seven heads and ten horns, and seven diadems on his heads. His tail drew a third of the stars of heaven and threw them to the earth. And the dragon stood before the woman who was ready to give birth, to devour her Child as soon as it was born. She bore a male Child who was to rule all nations with a rod of iron. And her Child was caught up to God and His throne.

Satan has tried so many times to wipe out the Jews throughout history, but he will never succeed.  Yeshua's return depends on the presence of the Jews and of Israel.

Revelation 12 wraps up with a reminder of the devil's secondary target: Christians.

And the dragon was enraged with the woman [because she was supernaturally protected], and he went to make war with the rest of her offspring, who keep the commandments of God and have the testimony of Jesus Christ.

This has always been God's pattern - the Jew first, and then the nations.

Going back to Genesis 3:15, it is interesting to note the use of the word heel, or Ya'acov (Jacob). Do you remember the meaning of the name Jacob?  It means deceiver, or more literally, one who grabs the heel.

And later in Genesis, the name of Jacob would be changed to Israel, which means struggles with God, and also prince of God.  Even in the account of God wrestling with Jacob, we can see Genesis 3:15 being played out.

Jacob went from being a heel-grabber/deceiver/supplanter to a God-chaser by the name of Israel.

The devil, however, is the original deceiver and the Father of Lies, and he will remain so until his destruction.

So the Father of Lies will nip at the Messiah's heel, but the Seed will crush the devil's head.  The Seed of the Woman is the promised Messiah, and He will utterly vanquish the devil in the end. 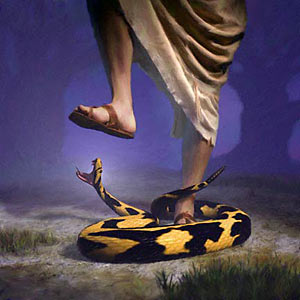 In the punishment that He meted out, God cursed the serpent, and He cursed the ground.  But take note: He did not curse the people.  Yes, they were punished, but then they were given the first covenant of the Bible.  (Are you familiar with the seven covenants?  If not, click here for this very important framework of the Bible).

Adam and Eve tried to cover themselves with leaves; a picture of us trying to cover ourselves with our own good works.  But God had a different idea. 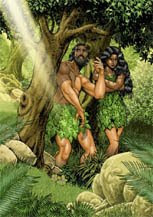 Adam and Eve must have been horrified at the sight of the first bloodshed, which provided the animal skins that would then cover them. 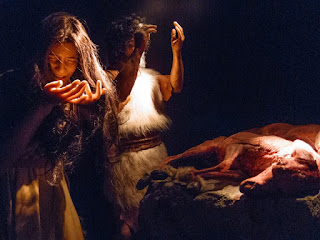 Leviticus 17:11 says that without the shedding of blood, there can be no remission of sins.  Once we understand this foundational Biblical principle, we can clearly see the promised Redeemer right there in Genesis. This same theme of blood atonement will continue throughout the rest of the scriptures.

Buckle your seatbelts!  God is just getting started with His story!

Posted by Gratefully Grafted In at 12:14 PM