My last post covered the introduction to Isaiah 53 by digging into the second half of Isaiah 52.  Now, chapter 53 begins this way with verse 1:
Who has believed our report?
And to whom has the arm of the LORD been revealed?

Remember back to chapter 49:4?  “I have labored in vain.” Israel for the most part will not believe the report. But I have, and hopefully you have. Historically, many Jews also have believed this report, but only a small remnant (so far).

Isaiah 53:1 is repeated twice in the New Testament… you can find it in John 12:38 and Romans 10:16, which are both in the context of the good news not being believed by national Israel (but believed by the remnant… there has always been a remnant. Don’t forget that the first believers were all Jewish.)

Moving on, let's look at the first half of verse 2:
For He shall grow up before Him as a tender plant,
And as a root out of dry ground.

This is a reference back to the stem from the root of Jesse that we covered in Isaiah 11:1. It is a picture of life coming out of the dead stump!  (The family of  King David had become poor and fell to almost nothing following the return from the Babylonian exile.)

This scripture clearly speaks of a man - the Branch. The arm of the LORD has sprouted and is growing up! 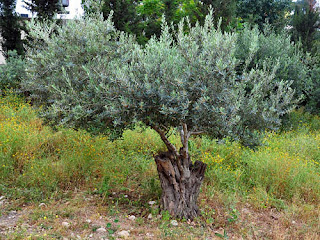 We can see this theme also in Jeremiah 23:5-6.
“Behold, the days are coming,” says the LORD,
“That I will raise to David a Branch of righteousness;
A King shall reign and prosper,
And execute judgment and righteousness in the earth.
In His days Judah will be saved,
And Israel will dwell safely;
Now this is His name by which He will be called:
THE LORD OUR RIGHTEOUSNESS.

His name is YHVH Tsidkenu – Yehovah our Righteousness. This is a reference to the Messiah, who is YHVH. No man has ever seen God, who is spirit. Yeshua is God in the flesh, the one who is seen throughout the scriptures. He is the One who visited Abraham, who showed up in the fiery furnace, and who appeared in visions to Ezekiel, Isaiah, and Daniel.

Jeremiah is speaking of a time when He will reign, and Israel will dwell safely.  This is a second coming prophecy.

Back to Isaiah... the second half of verse 2 says:
He has no form or comeliness;
And when we see Him,
There is no beauty that we should desire Him.

Israel was looking for a majestic, conquering king to deliver them from the grip of Rome. But the Messiah, in His first visitation to earth, was ordinary in appearance. They did not see (and mostly still don’t see) Him as a man.


Verse 3 continues:
He is despised and rejected by men,
A Man of sorrows and acquainted with grief.
And we hid, as it were, our faces from Him;
He was despised, and we did not esteem Him.

Clearly the Servant is a man.  Yeshua grew up in Israel during a time of poverty, sickness, and oppression. He was well acquainted with grief; He understood it all, and He knew His mission.

Not only was He undesired, but He was despised, and Isaiah says “We (Israel) hid our faces from Him and did not esteem Him.” They did not see Him with spiritual eyes, only the natural eyes. 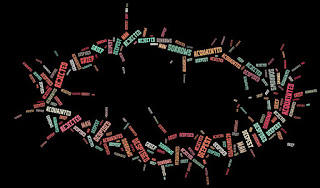 Orthodox Jews often refer to Him as YESHU which is actually an acronym for “May His name and memory be blotted out.” (Yimmach shemo vezikro, or Yod Shin Vav).

However, by simply adding the letter ayin at the end of the acronym, it forms His name, Yeshua. Ironically, the ayin carries the meaning of an eye… meaning seeing! (Yod, shin, vav, plus ayin).  Yeshua!  Someday soon they will see Him!


Verse 4 continues:
Surely He has borne our griefs
And carried our sorrows;
Yet we esteemed Him stricken,
Smitten by God, and afflicted.

This verse has near/far application.  The first part is quoted in Matthew 8:17 as Yeshua was healing people left and right - both physically and spiritually - during His first visitation.

However, the verse is also looking forward to Israel's national confession, when they realize that He HAS borne their griefs and carried their sorrows.  Someday they WILL look upon Him whom they have pierced, as described in Zechariah 12:10.

Matthew 23:39 says,
For I say to you, you shall see Me no more till you say, ‘Blessed is He who comes in the name of the LORD!

Yeshua was directly quoting Psalm 118:26 when He said those words.  The context of Psalm118 is the future salvation of Israel, following their rejection of the chief cornerstone the first time around.

The second part of verse 4 - we esteemed Him stricken, smitten by God - means that we (Israel) thought that He was being killed for His own sins (especially the sin of blasphemy - claiming to be God.  This is still a major issue for Jews today).

I want to pause and mention he Hebrew word for borne - nasa - meaning to lift, lift up, carry, support, sustain, endure, to take away, carry off, forgive. The word is used over 600 times in the Hebrew scriptures. In the descriptions of animal sacrifices in Leviticus, the word is used to depict the sin that is placed on the animal that would then it bear or carry that sin away as a substitution for the sin of the people.

On to verse 5:
But He was pierced for our transgressions,
He was crushed for our iniquities;
The chastisement for our peace was upon Him,
And by His stripes we are healed.

Israel's future national confession of Yeshua as the Messiah carries the realization that He was wounded for OUR transgressions and bruised for OUR iniquities. The penalty that was required for OUR peace was laid on HIM.  I am not sure how Rashi was able to continue calling the servant Israel, in light of this verse.  Clearly, someone else took the punishment for Israel's (and our) sin.

By His stripes we are healed - what a good word!  This is a promise that we can count on for sure!

I want to speak for a moment on healing.  Some people do get healed here on earth.  I myself have received a physical healing from the Lord.  All glory to Him!

HOWEVER, I will say that some people do not get healed in this lifetime, in spite of fervent prayers.  Often these precious people are accused by folks in the faith movement of not having enough faith. What a burden to lay on someone. Does Joni Eareckson Tada not have enough faith to be healed of her paralysis?  What a crazy question.

Yeshua healed people in so many different ways, and there were times when people did not get healed; for example, in His hometown. The penalty for sin is still death last time I checked.  Unless we are blessed to live until His return, we are GOING to die; often of sickness. God is sovereign, and has a purpose and a plan for everything under the sun.

But ultimately, because of this promise in Isaiah 53:5, we will ALL get physical healing at the resurrection when we are given bodies that are immortal. I Corinthians 15 describes the resurrection!  This is a promise… ALL believers will ultimately receive complete healing when He returns.

1 Corinthians 15:42 says,  So will it be with the resurrection of the dead. The body that is sown is perishable, it is raised imperishable

Indeed, by His stripes we are healed. But please don’t lay a guilt trip on a sick person who has not been healed, or on the one who is praying and laying on hands, telling them they don’t have enough faith. Yeshua healed people with faith and without. All things are according to His will and His purposes. To Him alone be the glory!

I will end this post with verse 6:
All we like sheep have gone astray;
We have turned, every one, to his own way;
And the LORD has laid on Him the iniquity of us all.

This is a clear picture of the rebellion of mankind.  Both Israel AND the nations.  You. Me. Uncle Ernie.  Everyone.  We are figurative sheep who need a shepherd. Zechariah 13:7 prophesies this:
“Strike the Shepherd,
And the sheep will be scattered

This refers to the execution of the Messiah.  Yeshua quoted this verse just prior to his arrest in Matthew 26:31 (and repeated in Mark 14):
Then Jesus said to them, “All of you will be made to stumble because of Me this night, for it is written:
‘I will strike the Shepherd,
And the sheep of the flock will be scattered.’


Our Good Shepherd has laid down His life for us. To be born again, each of us must accept this and apply His blood to our sinful selves.


To start at the beginning of this series on Isaiah, click here.

Posted by Gratefully Grafted In at 8:21 AM