If you have not yet read part one, you may click here for it.

This second post will explore the church's responsibility toward Israel - the Jewish people - according to the scriptures.  Are we to be indifferent, judgmental, or even hostile?  By no means!

According to Romans 11, the Jews as a nation were blinded in part so that we, the gentiles (the rest of the nations), could be grafted into the faith.  Romans 11 goes on to promise that someday, as a nation will finally be redeemed by the Messiah when the fullness of the gentiles has come in.  God will keep the promises that He had made to through the Abrahamic covenant, which is everlasting and unconditional (see Genesis 17:7).  Romans 11 says that we are not to be arrogant against the broken-off natural branches.  In fact, the opposite is true. 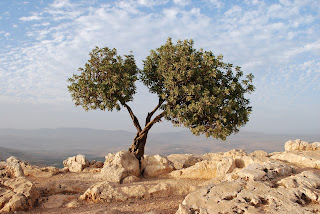 God has ordained through the Word that His people, today’s believers under the New Covenant, are to do the following in regard to :
Bless
Genesis 12:1-3 says,
Now the Lord had said to Abram:  “Get out of your country,
From your family
And from your father’s house,
To a land that I will show you.
I will make you a great nation;
I will bless you
And make your name great;
And you shall be a blessing.
I will bless those who bless you,
And I will *curse him who *curses you;
And in you all the families of the earth shall be blessed.”

This is repeated (narrowed down) to Isaac in Genesis 26 and Jacob in Genesis 28.  Jacob’s name was changed to .  Again, the Abrahamic covenant (see Genesis 17) is an everlasting covenant.

*It is very important to note that there are two different Hebrew words translated curse.  The first actually means curse, and the second means to treat as unimportant, ignore, lightly esteem.  A more accurate reading would be “I will curse him who treats you as unimportant.”

Comfort
Isaiah 40:1-2 says
Comfort, yes, comfort My people!”
Says your God.  (Think of the pronouns here; He is talking to believers about )
“Speak comfort to , and cry out to her,
That her warfare is ended,
That her iniquity is pardoned;
For she has received from the Lord’s hand
Double for all her sins.”

Make Envious
Deuteronomy 32:21, Romans 10:19
But I will provoke them to jealousy by those who are not a nation; (yep - us)
I will move them to anger by a foolish nation.

Romans 11:11 - I say then, have they stumbled that they should fall? Certainly not! But through their fall, to provoke them to jealousy, salvation has come to the Gentiles.

Romans 11:14 (Paul) if by any means I may provoke to jealousy those who are my flesh and save some of them.

Is 62:6-7 - I have set watchmen on your walls, O Jerusalem;
They shall never hold their peace day or night.
You who make mention of the Lord, (that’s us!) do not keep silent,
And give Him no rest till He establishes
And till He makes a praise in the earth. 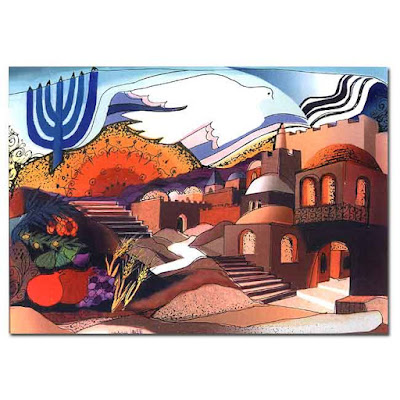 Support
Acts 11:27-29
And in these days prophets came from to . Then one of them, named Agabus, stood up and showed by the Spirit that there was going to be a great famine throughout all the world, which also happened in the days of Claudius Caesar. Then the disciples, each according to his ability, determined to send relief to the brethren dwelling in .

Romans 14:27
For if the Gentiles have shared in the Jews’ spiritual blessings, they (we) owe it to the Jews to share with them their material blessings

Romans 15:25-27
But now I am going to to minister to the saints. For it pleased those from and Achaia to make a certain contribution for the poor among the saints who are in .  It pleased them indeed, and they are their debtors. For if the Gentiles have been partakers of their spiritual things, their duty is also to minister to them in material things.

1 Cor 16:1-3
Now concerning the collection for the saints, as I have given orders to the churches of Galatia, so you must do also: On the first day of the week let each one of you lay something aside, storing up as he may prosper, that there be no collections when I come.  And when I come, whomever you approve by your letters I will send to bear your gift to .

Romans 1:16
For I am not ashamed of the gospel of Christ, for it is the power of God to salvation for everyone who believes, for the Jew first and also for the Greek.

We are not called to:
Judge
Boycott
Highlight ’s failures
Lightly esteem (ignore)

There is a warning in Zechariah 2:8-9
For thus says the Lord of hosts: “He sent Me after glory, to the nations which plunder you (); for he who touches you touches the apple of His eye. For surely I will shake My hand against them, and they shall become spoil for their servants. Then you will know that the Lord of hosts has sent Me. 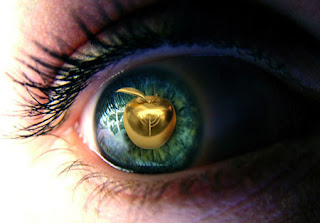 I will end with this.  About a year and a half ago, I sent this information to the missions committee at the church I have been attending.  (I did this because the sanctuary was FILLED with flags of the countries where missionaries were being supported, and there was NO Israel flag.)  To the great credit of the committee, and the pastoral leadership, they acknowledged the truth of this oversight.  They have since added mission support to (and the flag of) Israel.  Since that time, the congregation has seen tremendous growth, not only in numbers but in faith as well.

This pouring out of blessing is NOT a coincidence!  Genesis 12:3 is a faithful promise from the Lord!
Posted by Gratefully Grafted In at 11:04 AM