In Genesis 12:3, the Lord says to Abraham, I will bless those who bless you, and I will curse him who curses (a separate word, meaning to lightly esteem, ignore, treat as unimportant) you.

Scripture goes on to include other promises, which include the land (of Israel), the seed (of Messiah), and the blessing (of salvation) to the whole world.  The promises were narrowed down to Isaac and then to Jacob, also known as Israel. 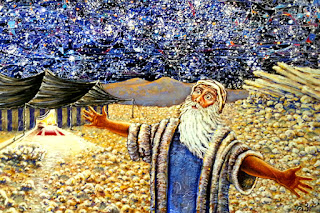 This promise has not changed.  Blessings come to those who obey this command to bless Israel.

Recently, the Lord gave me an 'aha' moment.  I had been meditating on the letter to the sixth congregation in Revelation 3, the congregation of Philadelphia.  This particular assembly received only praise and no rebuke.  What was it about this congregation that set it apart?

I began to think about the meaning of the name Philadelphia.  It means Brotherly Love.  Phileo and Adelphos.  Loving the brethren.  Where else had I heard this concept of loving the brethren?

Immediately, Matthew 25 came to my mind.  Yeshua says, "inasmuch as you did to one of these the least of these MY BRETHREN, you did it to me."  The word used there, adelphos, literally means close kinsmen.  The context of the passage is the last days, and many would agree we are in those days now.  How you treat Israel matters!

Philadelphia is a blessed congregation.  Philadelphia holds the KEY OF DAVID.  They are definitely connected to their Jewish roots!

The Key of David reference in Revelation takes us back to Isaiah 22.  In that passage, the keys to the kingdom had been in possession of Shebna - a foreigner - but they were taken from him and given to Eliakim, a Jewish man.

Similarly, in the fourth century,  the keys to the kingdom came under the authority of gentile Rome after Constantine declared Christianity to be the new legal religion of the empire. The Jewishness of the faith was virtually eradicated.  Today, this is changing as the roots of our faith are slowly being restored. 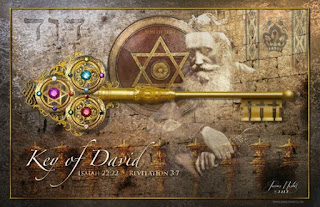 The letter goes on to say I will make those who are of the synagogue of Satan, who claim to be Jews though they are not, but are liars—I will make them come and fall down at your feet and acknowledge that I have loved you.  There is much speculation as to the meaning of the synagogue of Satan, but I see a major connection to Replacement Theology... that evil doctrinal thread that runs through many churches which says that the church has replaced Israel in God's plan.

Philadelphia is also told this:  Since you have kept my command to persevere, I will also keep you from the hour of trial that is going to come on the whole world, to test those who dwell on earth.

The Greek word for persevere carries the meaning of remaining steadfast, undergoing, to bear a heavy load as an animal of burden. As one who is burdened for Israel, I can truly relate to this definition. Also, the Greek word for kept means to be protected within a sphere of danger (NOT raptured away, as many would believe).  Philadelphia is blessed with this promise.

There are not many in the world who bless Israel.  It can be difficult to find a congregation that actively blesses Israel.  Just as Philadelphia is only one congregation in the seven, could it be that only one in seven churches today understands their role in regard to Israel?

So what exactly is the church's role in regard to Israel?  I will write about it in my next post.  In the meantime, you can click here for a previous post on how to be like Ruth.

Update:  Part 2 is now available.  Click here to read it.

Posted by Gratefully Grafted In at 9:57 AM