A recent email regarding this blog has alerted me to the fact that I haven't posted in awhile.  I had to say, the email caught me by surprise.  (Someone actually reads my rambling thoughts?  Wow!)

So I thought I would drop in and wish you a happy new year.  No, it is not belated; I refer to the new year that nobody celebrates - the Biblical one. 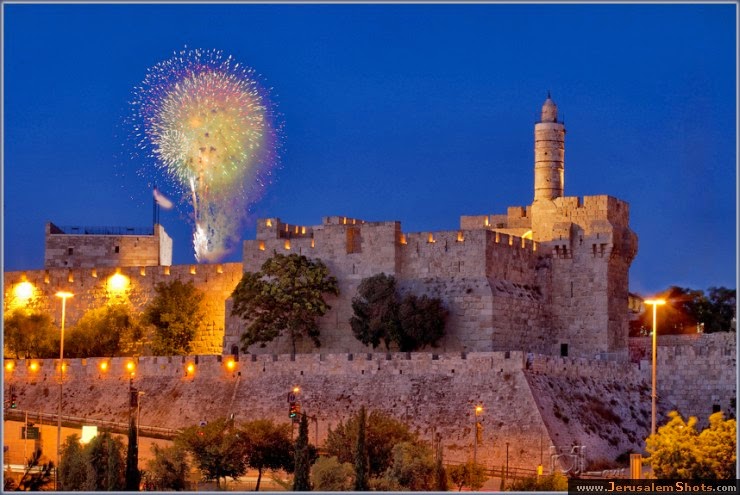 When Moses led the children of Israel out of Egypt and into the Promised Land, a new covenant was established between the Lord God and His people Israel - the Sinai, or Mosaic Covenant.  It included many precepts, which required obedience in order to stay in the land.  The sages have counted 613 of them!

The Jews refer to these precepts as Torah (a word derived from archery, meaning direction, shooting straight, hitting the mark, or teaching.  Personally, I refer to the entire scriptures from Genesis to Revelation as Torah... the whole counsel of teaching that comes from God.)

Obeying these Mosaic Covenant precepts gave Israel the right to live in the land that they already owned, according to the Abrahamic Covenant.  Disobedience would cause them to get temporarily kicked out of their land before being brought back for another chance.  Historically, this has happened twice.  We are currently in the middle of the second regathering to the land.

So what does all this have to do with the Biblical new year?  In Exodus 12, the very first thing God established with Israel when they left Egypt is the Passover.   Verses one and two tell us, The LORD said to Moses and Aaron in Egypt, “This month is to be for you the first month, the first month of your year."

Why did Israel need a new calendar at this point?  Here is a cool insight.


In adopting a lunar-based calendar, Israel made a clean break from Egypt’s solar calendar, which honored the pagan worship of the "sun god.”
One of the first issues that God had the people of Israel deal with just before leaving Egypt regarded the marking of time.
Why did God choose that moment to set the Biblical New Year?
The reason is that only a free person has need of a calendar by which to order his life.  A slave rises, works, sleeps, and orders his entire existence according to his or her master’s whims.  Thus, God was saying to His people, “Now you are a free nation and have your own calendar!”

Current Jewish tradition celebrates the Jewish New Year on Rosh Hashanah, which is the first day of the seventh month of this Biblical calendar.  The actual name of that feast is Yom Teruah, meaning Day of Trumpets.  The rabbis established a tradition that the Earth was created at that time, so they renamed the day Rosh Hashanah (a term meaning "head of the year," and not found in scripture).

The ancient Roman calendar arbitrarily chose the middle of the winter for the new year, which is the date that most of the world now celebrates.  We had the privilege of being in Galilee during that day this past year.  We noticed that is not widely celebrated in Israel.  Hmmm, I wonder why?

It is interesting to note that our modern celebration of New Year’s Day stems from an ancient Roman custom, the feast of the Roman god Janus – god of doorways and beginnings. The name for the month of January also comes from Janus, who was depicted as having two faces. One face of Janus looked back into the past, and the other peered forward to the future.

So aren't you glad you stopped by?  I hope you have a happy and blessed Biblical New Year! 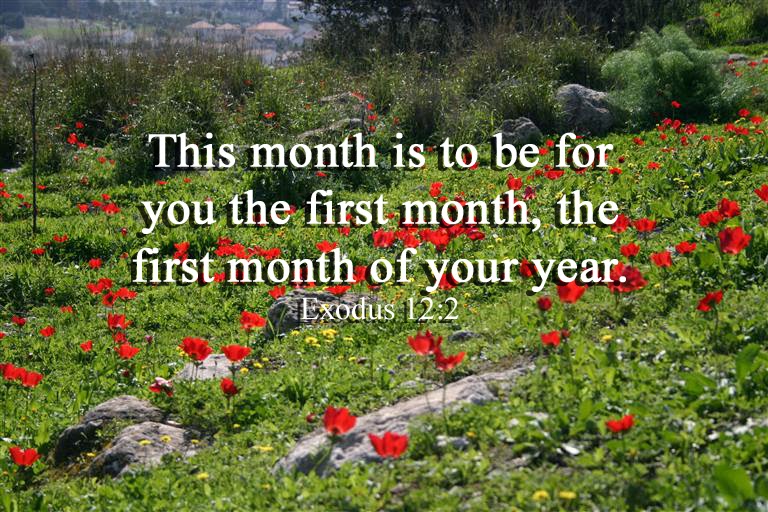 Posted by Gratefully Grafted In at 8:46 AM