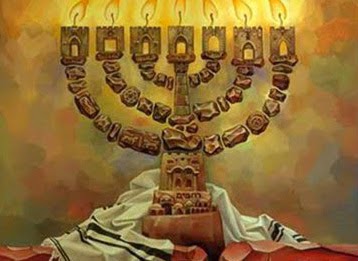 Have you ever seen someone shrug and say, "well, that's Old Testament" when discussing the Bible?  I know I have heard that many, many times.

The holy scriptures are usually thought of by most Christians as Old Testament and New Testament.  And many people separate them in their minds, considering the "old" to be obsolete.

But did you know that the scriptures, from Genesis to Revelation, tell one complete story?  That Yeshua did NOT come to Earth to create a new religion called Christianity?  That He is the fulfillment of all that was foreshadowed about Him in the Hebrew scriptures, from the very first book?

So many people, who have been taught Replacement Theology (which teaches that the church has replaced Israel in God's kingdom) believe that God is done with Israel because they were disobedient, so therefore all the blessings promised to THEM are now given to the church.  And the Word does say that Israel was kicked out of the land (twice) because of their disobedience.  How do we reconcile this?

Easy.  There is more than just "one old covenant, one new covenant" in the scriptures.

The scriptures actually record SEVEN covenants that the Lord YHVH initiates with man.  Like many other things in scripture that are featured in groupings of seven, the seven covenants reveal a complete picture.  The word for seven in Hebrew, sheva, means complete.  (For quite awhile, I could only find five covenants between God and man, but deep down, I was convinced that there were seven.  As I continued to study the Word, YHVH, blessed be He, showed me the other two).

The Hebrew word for covenant is b'rit.  The meaning of the word is to make a treaty, or alliance with someone, carrying with it the idea of cutting.  Blood was usually shed when a covenant was cut.

(As a kid, did you ever make a pact or become someone's blood brother or sister through cuts in your fingers?  Same idea.)

Let's look at the Biblical seven covenants that YHVH instituted with mankind.

1.  Eden
After Adam and Eve's disobedience brought sin into the world, the Lord God promised a redeemer, and that He would be the Seed of the woman in Genesis 3:15  (Notice that God did not say seed of the man.  This is our first clue that the Redeemer would not have an earthly father.  Nor did it say seeds, thus showing that there would only be one Redeemer).  God then provided animal skins as a covering for them, after they had tried to cover themselves with fig leaves - their own works - which were not acceptable.  Blood had to be shed for proper covering.  This covenant would be fulfilled by the Messiah at His first coming. 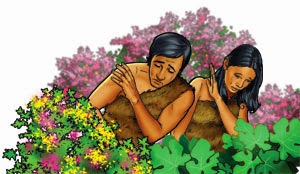 2.  Noah
Adam and Eve were forced from the garden so that they would not eat from the Tree of Life and live forever in their fallen state.  The world became a wicked, wicked place.  So wicked in fact, that God chose eight people with whom to start over, and then flooded the entire Earth.  Upon disembarking, Noah sacrificed clean animals to the Lord God, and God added meat to man's diet.  He then sent the rainbow as a sign of His covenant never to destroy the Earth with water again.  This is an everlasting promise.  (Someday, however, the earth will be destroyed with fire and regenerated.) 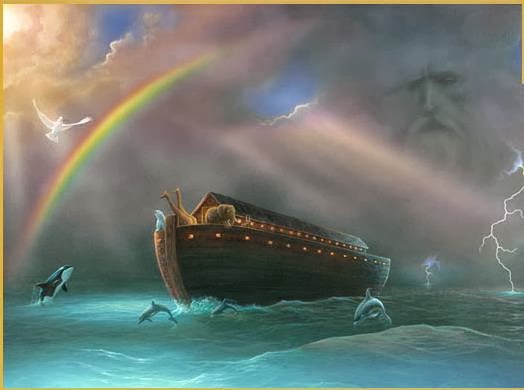 3.  Abraham
Ah, the Abrahamic covenant.  Probably the most misunderstood by many people.  YHVH made a covenant that was permanent and unconditional.  The covenant included the Land (Israel), the Seed (Yeshua), and the Blessing (Salvation to the nations), according to Genesis 12:1-3.


Genesis 15 and 17 give us further insight to the covenant details.   Genesis 17:7 assures us that the covenant is for good:  And I will establish My covenant between Me and you and your descendants after you in their generations, for an everlasting covenant, to be God to you and your descendants after you.  (I just want to interject here that if God can revoke His promises to Israel because of disobedience, then we are all toast).  The covenant was repeated to Isaac (Genesis 26) and to Jacob (aka Israel, Genesis 28), clearly demonstrating that the covenant was for Israel. 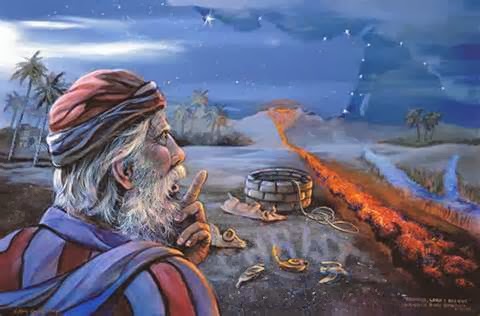 4.  Moses
YHVH continues His plan with mankind by instituting a covenant with Moses at Sinai.  The purpose of this covenant and its commandments (mitzvot) was to demonstrate man's complete inability to atone for himself, and to point to a future Redeemer who would one day perfectly keep every precept of the covenant.  Jeremiah 31:31-32 tells us about this future new covenant:  “Behold, the days are coming, says the Lord, when I will make a new covenant with the house of Israel and with the house of Judah— not according to the covenant that I made with their fathers in the day that I took them by the hand to lead them out of the land of Egypt (in other words, the Sinai/Moses covenant would be fulfilled by a future covenant.  Nothing is said about the everlasting Abrahamic covenant). 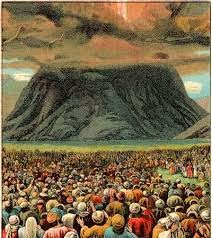 5.  David
This one sort of sneaks up on us, and was one that I was unaware of until recently. But one day as I was reading 2 Samuel 7, I realized that YHVH had just made another covenant, this time with King David.   David wanted to build a permanent home for YHVH, even though YHVH had not commanded David to do it.  So God actually promised DAVID a house in verse 11 - Also the Lord tells you that He will make you a house.  Scripture goes on to say “When your days are fulfilled and you rest with your fathers, I will set up your seed after you, who will come from your body, and I will establish his kingdom.  He shall build a house for My name, and I will establish the throne of his kingdom forever.  Of course, this is another promise of the coming Messiah, who would carry on the line of King David forever. 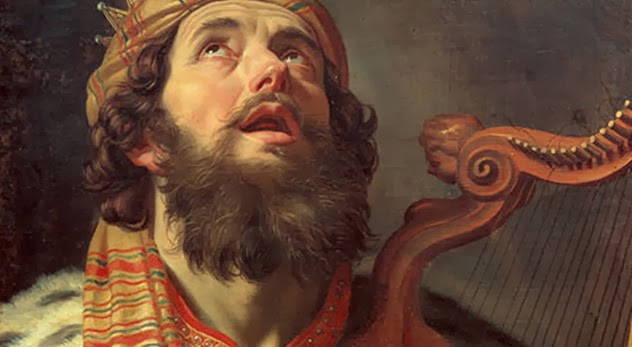 6.  Yeshua
At a Passover Seder with His disciples, Yeshua said this in Matthew 26:28: For this is My blood of the new covenant, which is shed for many for the remission of sins.   Luke 22 records that this was the cup taken right after dinner.  In the traditional Passover Seder (order), there are four cups of wine to drink; two before dinner and two after dinner.  The cup right after dinner, the third cup, is called the Cup of Redemption.  Before Passover ended, Yeshua fulfilled this by shedding His blood and dying (at the very same moment the national symbolic lamb was slaughtered at the temple).  Even though He obeyed every single precept of the Moses covenant perfectly and was therefore not under the death penalty (see Romans 6:23), He willingly gave up His life for us; thus fulfilling the promise of the new covenant in Jeremiah 31:31.

7.  Covenant of Peace
For the most part, the nation of Israel rejected the new covenant (even though the early believers were ALL Jewish), so that God in His sovereignty could offer the good news of redemption to the rest of the world.  However, because of the Abrahamic covenant, God HAS to keep His promise to Israel (or else He would be a liar).  In the last days, the nation of Israel will recognize Yeshua as their Messiah according to Romans 11:25, Zechariah 12:10, Isaiah 54:8, and other places.  The seventh covenant occurs when Yeshua returns and Israel once again is restored to YHVH.

Look at these promises He made to Israel, which have yet to be fulfilled:

“I will make a covenant of peace with them, and cause wild beasts to cease from the land; and they will dwell safely in the wilderness and sleep in the woods.   - Ezekiel 34:25

Moreover I will make a covenant of peace with them, and it shall be an everlasting covenant with them; I will establish them and multiply them, and I will set My sanctuary in their midst forevermore. - Ezekiel 37:26

For the mountains shall depart
And the hills be removed,
But My kindness shall not depart from you,
Nor shall My covenant of peace be removed,”Says the Lord, who has mercy on you. - Isaiah 54:10

Posted by Gratefully Grafted In at 2:55 PM