The Church as a Midwife

We owe a huge debt to Israel.

Without the Jews, we would have no covenants, no prophets, no apostles, no Bible, and no Messiah!  Yeshua Himself declared in John 4:22, "Salvation is of the Jews."

But God's plan was not only for the Jews.  They were His starting point, to be a light to the nations.  But they are also going to be His ending point as well.  Romans 11 tells us that it was for our benefit (the Gentiles) that the natural branches (Israel) were blinded in part, so that salvation could go out to the rest of the world, and then the nation of Israel would be saved.  We are also warned in Romans 11 not to be arrogant toward those natural branches.

Sadly, church history shows that the opposite happened.

Replacement Theology arose in the second century among the early church fathers.  This theology (wrongfully) teaches that God is done with the Jews for good, and that all blessings and promises have been transferred to the church.  Perhaps these church fathers were well-meaning; after all, the Jews had been kicked out of the Holy Land with no prospect of ever returning.  That would take a miracle!

However, this dangerous theology has led to the death of millions of Jews throughout the 19 centuries of their exile.  There has been persecution, pogroms, expulsions, the Crusades, blood libel accusations, forced conversions, accusations toward the Jews of deicide (aka "Christ killers"), the Spanish Inquisition, and the Holocaust, all too often perpetuated in the name of the Jewish Messiah.

This theology also continues today in many (if not most) mainline denominations, in spite of the totally miraculous return of the Jews to their Promised Land.  Whoa!  Talk about messing with one's theology!  This explains why so many Christians today are actually AGAINST the rebirth of the nation of Israel - treating it as a renegade nation instead of the fulfillment of God's promise, thousands of years ago, to Abraham, Isaac, and Jacob.

But God has given the church a very special role to play in these last days.  We actually get to be the midwife for Israel's spiritual rebirth - forerunners, so to speak.  Intercessors.  What a privilege!  There are four things that Scripture calls us to do.  (He who has ears to hear, let him hear!)

**Update!  Four years later, I realize that I forgot one.  So make that five ways!

Genesis 12:1-3 says, Now the Lord had said to Abram:  “Get out of your country,
From your family
And from your father’s house,
To a land that I will show you.
I will make you a great nation;
I will bless you
And make your name great;
And you shall be a blessing.
I will bless those who bless you,
And I will curse him who curses you;
And in you all the families of the earth shall be blessed.”

This promise was repeated to Isaac in Genesis 26 and Jacob in Genesis 28.  This promise to Israel, regarding the Land, the Seed, and the Blessing, is the Abrahamic covenant.  It is everlasting and was never rescinded.

Notice the promise of blessing to those who bless God's people.  Scripture also gives us warnings if we neglect to bless them.  There are two words used for curse in the above reference.  The second word for curse actually means to lightly esteem, or to treat as unimportant.

Zechariah 2:8-9 says, For thus says the Lord of hosts: “He sent Me after glory, to the nations which plunder you; for he who touches you touches the apple of His eye. For surely I will shake My hand against them, and they shall become spoil for their servants. Then you will know that the Lord of hosts has sent Me.

Says your God.  (Think of the pronouns used here... comfort MY people says YOUR God)
“Speak comfort to Jerusalem, and cry out to her,
That her warfare is ended,
That her iniquity is pardoned;
For she has received from the Lord’s hand
Double for all her sins.” 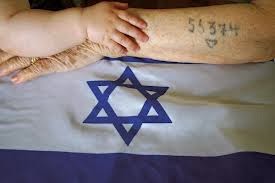 Deuteronomy 32:21 (repeated in Romans 10:19) says,
But I will provoke them to jealousy by those who are not a nation;

I will move them to anger by a foolish nation.

Romans 11:11 - I say then, have they stumbled that they should fall? Certainly not! But through their fall, to provoke them to jealousy, salvation has come to the Gentiles.

Romans 11:14 (Paul is speaking here) if by any means I may provoke to jealousy those who are my flesh and save some of them.


Psalm 122:6 says –  Pray for the peace of Jerusalem:
“May they prosper who love you.  (Another scripture with a promise!)

Is 62:6-7 - I have set watchmen on your walls, O Jerusalem;
They shall never hold their peace day or night.
You who make mention of the Lord, do not keep silent,
And give Him no rest till He establishes
And till He makes Jerusalem a praise in the earth. 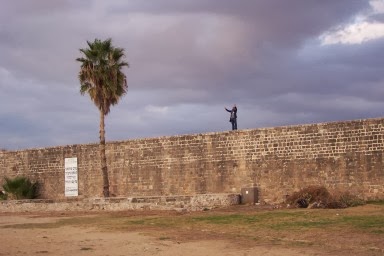 **Here it is, the missing fifth directive in regard to our treatment of Israel.

#5 - Support
Acts 11:27-29
And in these days prophets came from to . Then one of them, named Agabus, stood up and showed by the Spirit that there was going to be a great famine throughout all the world, which also happened in the days of Claudius Caesar. Then the disciples, each according to his ability, determined to send relief to the brethren dwelling in .

Romans 14:27
For if the Gentiles have shared in the Jews’ spiritual blessings, they (us) owe it to the Jews to share with them their material blessings

Romans 15:25-27
But now I am going to Jerusalem to minister to the saints. For it pleased those from Macedonia and Achaia to make a certain contribution for the poor among the saints who are in Jerusalem. It pleased them indeed, and they are their debtors. For if the Gentiles have been partakers of their spiritual things, their duty is also to minister to them in material things.


1 Cor 16:1-3
Now concerning the collection for the saints, as I have given orders to the churches of Galatia, so you must do also: On the first day of the week let each one of you lay something aside, storing up as he may prosper, that there be no collections when I come. And when I come, whomever you approve by your letters I will send to bear your gift to Jerusalem.

Posted by Gratefully Grafted In at 12:04 PM