Musings on the Fifth Commandment

Exodus 20:12 tells us, Honor your father and your mother, that your days may be long upon the land which the Lord your God is giving you. 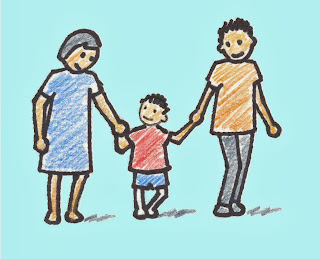 Obedience to the fifth commandment comes with a special blessing, unlike the other nine.  Could there be more to this commandment than meets the eye?

I have said before that Yeshua did not come to Earth to start a new religion called Christianity. (I know, I am changing the subject, but bear with me).

He is the Messiah, the fulfillment of all that was written about Him in the Tanakh, the Hebrew scriptures (aka the "Old Testament"). Christianity is simply a continuation of YHVH's plan. He was first promised in Genesis 3:15 as the Seed of the woman... the first suggestion of parenthood in scripture.

The early church was all Jewish.  But as it grew and expanded, it became more and more Gentile.  By the fourth century, the Roman Emperor Constantine had adopted Christianity as the official religion of the Roman Empire.  Tragically, he (and so many others) did not like the Jews.  He forbade any Jewish expression of faith within the Roman church.  The Sabbath was changed to Sunday.  The Biblical feasts - which ALL point to Yeshua - were made illegal, and are still generally not taught in the church today.  The faith became something that was totally unrecognizable to the Jewish people (much like Joseph, who had fully taken on the look of an Egyptian and was not known by his brothers).

Even worse, the disassociation did not stop here.  Throughout history, Jewish people have been horribly persecuted, many times in the name of Christ.  Major events like the crusades, the Spanish Inquisition, the Pogroms, and the Holocaust, are accompanied by hundreds of lesser-known tragedies such as forced conversions, expulsions, tortures, and massacres.  It is not hard at all to understand why Jews would distrust Christians.

We did not honor our parent faith.

Genesis 12:3 says this:  I will bless those who bless you,
And I will curse him who curses you;
And in you all the families of the earth shall be blessed.

There is a promise of blessing when we bless Israel.  There is also a curse attached to cursing them.  But it is important to know that two different Hebrew words are used for curse here.  The first one, arar, means to curse, and the second one, qalal, means to lightly esteem, or treat as unimportant. 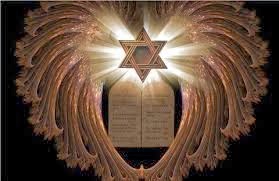 The very last verse in the Tanakh, Malachai 4:6, is in the context of the Day of the Lord, when Messiah returns to Earth.

Can this mean that the historical rifts between the Jews and the Christians will be healed in the days leading up to Yeshua's return?  I hope so!

The church has a lot of repenting to do for its sins against the Jews.  And many in the church still cling to Replacement Theology, the idea that YHVH is done with the Jews, has disowned them, and has instead given all the Biblically-promised blessings to the church.

To the early church fathers, Replacement Theology seemed logical.  The Jews had been scattered to the four corners of the Earth after the temple was destroyed 70 AD.  No ethnic group could possibly keep their cultural identity and then be re-gathered from such a scattering abroad, not even after one generation.  No, that was humanly impossible; it had never happened in the history of the world.

All that changed in 1948.  The miraculous  rebirth of Israel took place, as foretold in the scriptures.  The Jewish people came - and are still coming - from the four corners of the earth to settle in that little gem of land no bigger than New Jersey.

To cling to the idea that YHVH has disowned His chosen people is to miss the heart of the Father for His chosen people.  Yeshua gave us the story of the Prodigal Son.  It is a terrible thing for the church to take on the attitude of the arrogant older brother. 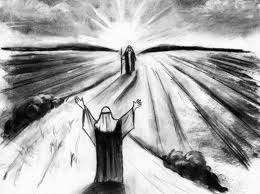 Now more than ever, we need to bless and esteem the members of our parent faith.  Very soon, Yeshua will return to the very soil of Israel and reveal Himself to those who do not yet believe.

Posted by Gratefully Grafted In at 8:36 AM