I want to follow up on my previous post, where I questioned the eternity of the soul of man.  (I am actually writing this seven years later, but dating the post so that it shows up right after the one in question).

A friend recently asked me where Jesus was during the three days of His death.  It was hard for me to give a plain and simple explanation without the background information, and without freaking her out, so I thought a blog post was in order.

For years, I dug into what the Bible had to say about heaven, hell, and the afterlife, and then wrote a series of blog posts on what I discovered.  If you like, you can click here to start at the beginning of this series.  Each post has a link to the next one in the series.

When I speak to people privately about this subject, I sometimes get asked, "so do you believe in soul sleep?"

Do I believe there is a literal giant cosmic bedroom of snoozing, snoring, disembodied "souls"?  No.

Do I believe that the concept of sleep is used over and over again as a metaphor for death?  Yes.

First of all, I love that God gave us the gift of sleep.  I love that I can lay my head down after a long, exhausting day, and get rest.  I love that the night flies by and before I know it, it is morning.  I awake refreshed and ready to go for the day.  I love that there is coffee to enjoy in the morning!  Ok, you get the picture. 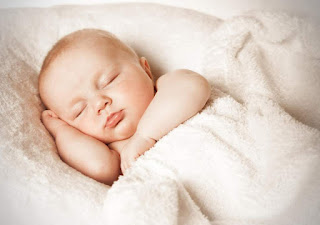 Let's look at what scripture says.

The first person to compare death to sleep is Job, in chapter 14.  The context is that he is speaking of life's woes:
So man lies down and does not rise.
Till the heavens are no more,
They will not awake
Nor be roused from their sleep.

Next up is King David, in Psalm 13:
Consider and hear me, O Lord my God;
Enlighten my eyes,
Lest I sleep the sleep of death;

David describes death in Psalm 6:
For in death there is no remembrance of You;
In the grave who will give You thanks?

Asaph is next in Psalm 76, as he rejoices that Israel's enemies are destroyed:
The stouthearted were plundered;
They have sunk into their sleep;
And none of the mighty men have found the use of their hands.
At Your rebuke, O God of Jacob,
Both the chariot and horse were cast into a dead sleep.

Now, Jeremiah, as he speaks of the utter defeat of the Babylonians in chapter 51:
“And I will make drunk
Her princes and wise men,
Her governors, her deputies, and her mighty men.
And they shall sleep a perpetual sleep
And not awake,” says the King,
Whose name is the LORD of hosts.

Next is one of my favorites, from Daniel 12.  The context is the future resurrections.  Daniel didn't know that there would be two, so they are lumped together in this verse:
And many of those who sleep in the dust of the earth shall awake,
Some to everlasting life,
Some to shame and everlasting abhorrence.

You can say, well, those are all Old Testament references.  Yep.  Let's move to the New Testament.

In the first three gospels, we read the account of Yeshua raising the synagogue leader's daughter to life.  Luke says it this way in chapter 8:
Now all wept and mourned for her; but He said, “Do not weep; she is not dead, but sleeping.”  And they ridiculed Him, knowing that she was dead. 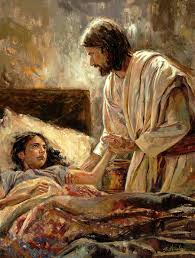 Apparently even people back then had a hard time with the idea of sleep as a death analogy.

The gospel of John has its own sleep/death analogy in chapter 11.  And to me, this is one of the clearest examples in the gospels:
He said to them, “Our friend Lazarus sleeps, but I go that I may wake him up."  Then His disciples said, “Lord, if he sleeps he will get well.”  However, Jesus spoke of his death, but they thought that He was speaking about taking rest in sleep.  Then Jesus said to them plainly, “Lazarus is dead.

Perhaps you might make the point that these are all examples taken before Messiah's resurrection, and you would be right about that.  So let's keep going.

In 1 Corinthians, 11, Paul said this:
For this reason many are weak and sick among you, and many sleep.
If you look at the context, Paul meant dead.  Even my NKJV has a note that says dead, even though the Greek says sleep.

Moving to 1 Corinthians 15, we see what I believe is the clearest example of the future resurrection of believers. (Note:  I like to use the Hebraic word Messiah in place of the Greek term Christ):
For if the dead do not rise, then Messiah is not risen. And if Messiah is not risen, your faith is futile; you are still in your sins!  Then also those who have fallen asleep in Messiah have perished.  If in this life only we have hope in Christ, we are of all men the most pitiable.

But now Messiah is risen from the dead, and has become the firstfruits of those who have fallen asleep. For since by man came death, by Man also came the resurrection of the dead. For as in Adam all die, even so in Messiah all shall be made alive. But each one in his own order: Messiah the firstfruits, afterward those who are Messiah's at His coming.  (When are we made alive? At. His. Coming)

Later in the same chapter, we read:

Behold, I tell you a mystery: We shall not all sleep, but we shall all be changed—  in a moment, in the twinkling of an eye, at the last trumpet. For the trumpet will sound, and the dead will be raised incorruptible, and we shall be changed.  For this corruptible must put on incorruption, and this mortal must put on immortality.  (When?  At. His. Coming)

Semi-side note.  I recently heard a preacher on a podcast say that the people who took part in the second resurrection, unbelievers, had to be raised with immortal bodies so that they could burn forever.  I was horrified.  Scripture shows us that only believers obtain immortality - through the blood of Messiah.

Ephesians 5:14 refers back to Isaiah 26:19 when it says:
“Awake, you who sleep,
Arise from the dead,
And Messiah will give you light.”

1 Thessalonians 4, speaking of the future resurrection, assures us:
For if we believe that Jesus died and rose again, even so God will bring with Him those who sleep in Jesus.

All this talk of sleep has made me tired, even though it's morning!  It's like watching Food Network after dinner and getting hungry.

I realize that people are comforted by the idea of their loved ones dwelling joyfully in heaven, and there is no need to let go of that comforting thought.  Because the thing is, when we die, we are no longer bound up in time.  We will be instantly transported to the resurrection, at least from our point of view. All believers will meet Yeshua at the same time, although to each of us it will seem like it happens at the instant of death.  The Apostle Paul understood this when he voiced his desire to depart and be with the Lord.

Yeshua remained in the grave for three days and three nights, just as the scripture says.  How can this be, you ask, if He died on a Friday?  Good question.  And a different topic entirely.  (And if you want the explanation, you can click here.

Posted by Gratefully Grafted In at 8:13 AM

Email ThisBlogThis!Share to TwitterShare to FacebookShare to Pinterest
Labels: Judgment, The Afterlife