Joshua - A snapshot of Messiah


Did you know that the account of Joshua battling for the Promised Land is a picture of the spiritual battle won by Yeshua?  There are numerous parallels that foreshadow the Messiah.

The very first phrase in the book of Joshua is this:   After the death of Moses the servant of the Lord,  This indicates that something new is about to take place - and it did:  the Israelites entered the Promised Land.  In the same way, Yeshua instituted the new covenant when he perfectly fulfilled the Mosaic Covenant.  His death and resurrection opened up the spiritual Promised Land for all who put their trust in Him.

In Numbers 27:16-17, Moses said, “Let the Lord, the God of the spirits of all flesh, set a man over the congregation, who may go out before them and go in before them, who may lead them out and bring them in, that the congregation of the Lord may not be like sheep which have no shepherd.  The man set over them was none other than Joshua, son of Nun... a foreshadow of the Good Shepherd Who was to come (see John 10).

The names Jesus and Joshua (Yeshua and Yahoshua) are virtually the same name.  They mean God saves/salvation.

The spies disappeared for three days after providing the way to salvation to Rahab.  Then they reappeared and told the Israelites that the promised land is theirs….  It is finished!  The Lord has given it into our hands!

In Joshua 4 and 5, we see the Israelites crossing the Jordan.  Before they can proceed, they are circumcised on the tenth day of the first month.  Notice that the timing here is Passover!  When Yeshua made His triumphal entry into Jerusalem, he was inspected for four days, just as the spotless lamb at Passover was observed for four days.  The reproach was removed from the Israelites before they could proceed to the Promised Land, so to speak.  The following is from Joshua 5:8-12:

So it was, when they had finished circumcising all the people, that they stayed in their places in the camp till they were healed.  Then the Lord said to Joshua, “This day I have rolled away the reproach of Egypt from you.” Therefore the name of the place is called Gilgal to this day. Now the children of Israel camped in Gilgal, and kept the Passover on the fourteenth day of the month at twilight on the plains of Jericho. And they ate of the produce of the land on the day after the Passover, unleavened bread and parched grain, on the very same day. Then the manna ceased on the day after they had eaten the produce of the land; and the children of Israel no longer had manna, but they ate the food of the land of Canaan that year. 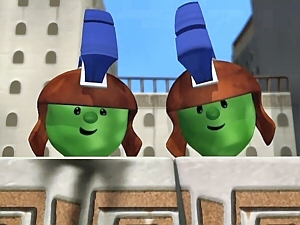 
The rest of the book of Yahoshua is filled with battles as the land is taken.  They are a great picture of the spiritual battles that we fight today in the Messianic age.  For example, the deception of Achan in Ai can be compared to Ananias and Sapphira in the early church.  The deception of the Gibeonites is a picture of the wolves that both Yeshua and the Apostle Paul warned the believers about  (Matt 7:15, Matt 10:16, Acts 20:29).


Now that Israel is back in her homeland, Yeshua will return soon and take them both.  Thy kingdom come, Messiah Yeshua!

Posted by Gratefully Grafted In at 9:00 AM