Isaac - A Snapshot of Messiah

I've been doing a study on the life of Isaac in the book of Genesis, and am amazed at the similarities between him and Yeshua our Messiah.  Here is a list of parallels between them:
In Genesis 24, Abraham concludes that it is time for Isaac to be married.  In this account, we again see numerous parallels to the Messiah and His bride. 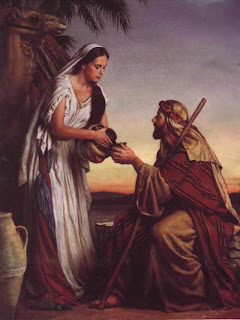 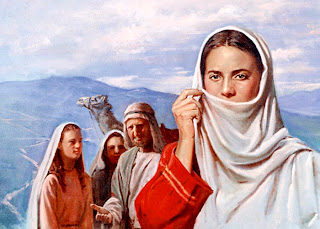 The story of Rebekah and Isaac is arguably the most beautiful love story in scripture.  How much more beautiful will the final fulfillment be - when we are united with our Bridegroom at His return!
Posted by Gratefully Grafted In at 8:34 AM