The Lord's timing never ceases to amaze me.

My scripture reading has had me in 1 Kings 8 this week. For a few weeks, I have been reading about the time leading up to the building of God's holy temple in Jerusalem. Today, I read Solomon's prayer of dedication over the temple, and it spoke to me in ways like never before.

It is interesting to note that right now, the Jews are in a time of mourning that leads up to Tisha b'Av (9th of Av) on the Hebrew calendar. The three-week mourning period began on the 17th of Tammuz. This year, the corresponding dates on the Gregorian calendar are July 24 to August 14. So what does this have to do with Solomon dedicating the temple? 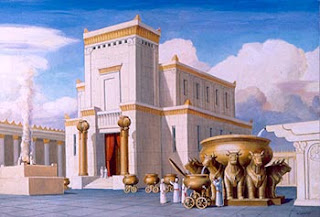 A few things jumped out at me today while reading 1 Kings 8.

About 11 months after the temple was completed, the Ark of the Covenant was placed into the temple at the Feast of Tabernacles... the feast that commemorates Yehovah dwelling with His people. As soon as the ark was established, the glory of the LORD filled the place and the priests were so overwhelmed that they could not continue ministering. What an awesome moment that must have been!

In his prayer of dedication, Solomon acknowledged the vastness of Yehovah. The king declared that He is too vast even to be contained in the heavens and the earth, but then he humbly asked the LORD to come and dwell in the temple that he built for His holy name.

Over and over again, Solomon pleaded for the righteousness of the people of Israel. He acknowledged that they would continue to fall into sin and begged the Lord to be merciful.

Solomon then prayed for the foreigners in verses 41-43:
Moreover, concerning a foreigner, who is not of Your people Israel, but has come from a far country for Your name’s sake (for they will hear of Your great name and Your strong hand and Your outstretched arm), when he comes and prays toward this temple, hear in heaven Your dwelling place, and do according to all for which the foreigner calls to You, that all peoples of the earth may know Your name and fear You, as do Your people Israel, and that they may know that this temple which I have built is called by Your name.

Even though I have been grafted into the commonwealth of Israel through Yeshua the Messiah, I came to Him as a foreigner.

Ephesians 2:12-13 says this:
...that at that time you were without Messiah, being aliens from the commonwealth of Israel and strangers from the covenants of promise, having no hope and without God in the world. But now in Messiah Jesus, you who once were far off have been brought near by the blood of Messiah. 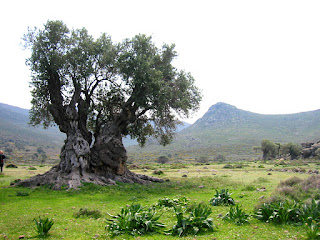 Hallelujah!  I am forever grateful to God's people Israel, and yearn for the day that Israel is fully restored to the Kingdom of the LORD.
Posted by Gratefully Grafted In at 9:38 AM