This year's Passover has come and gone and is now part of history, but I still have thoughts in my head that are rattling around, and I feel like they won't be history until I put them in writing.

First of all, I love the Feasts of the Lord.  I am stating this fact for anyone who might be new to my blog.  If you've been around awhile, you know this.  The word for "feast" means appointed time.  In the scriptures, the Lord God has  made an appointment with His people.   And rightfully so, because like everything written in the scriptures, they point clearly and dramatically to the Messiah.

One of the highlights of the Passover meal (called a Seder, which means order) is the presentation, breaking, and hiding of the Afikomen (ah fee KO men). How did this traditional part of the Seder arise?  If you asked Tevye, he might say "I don't know.  But it's tradition!" 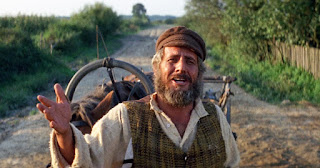 Here's the story.  The word Afikomen is Greek, and has the meaning of "He has come, or that which is yet to come."  During the Seder, Jewish people all over the world take three pieces of matzah (unleavened bread which has been striped and pierced), and place them in a three compartment linen cover called a Matzah tosh -  one piece in each section. 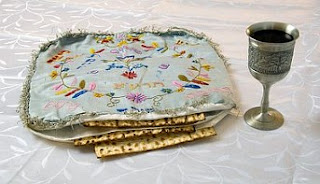 (I asked a Jewish person once what the three pieces stood for, and he wasn't completely sure.  He guessed Abraham, Isaac, and Jacob.)

At one point in the Seder, the leader removes the middle piece of matzah and breaks it in half.  One of the broken pieces gets wrapped in linen and hidden.  The other piece remains hidden in the middle slot of the Matzah tosh.  After dinner, the children seek the piece hidden by the leader, and the winner returns the piece to the leader to redeem it for a prize. 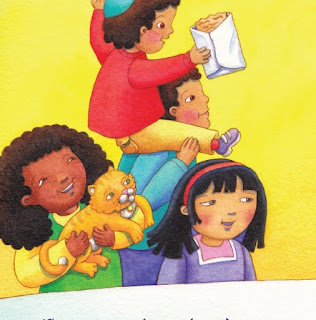 The clear picture of Yeshua in the Afikomen is astounding to one who knows Him.  He is our unleavened bread - striped and pierced for us - wrapped in linen, and hidden in the ground.  (Note:  leaven in scripture represents sin.  Our Bread of Life, Yeshua, is sinless).  That which was hidden was found and redemption occurs.

This year, however, a friend who joined us for our Seder asked me why the other half remains hidden in the Matzah tosh.  I didn't have a ready answer for her.  However, the next day, as I was researching something else completely, the answer to that question fell into my lap via Google!

Yeshua is still hidden, for the most part, from the Jewish people.  Romans 11:25-27 has this astonishing message:  For I do not desire, brethren, that you should be ignorant of this mystery, lest you should be wise in your own opinion, that blindness in part has happened to Israel until the fullness of the Gentiles has come in.  And so all Israel will be saved,  as it is written:
“The Deliverer will come out of Zion,
And He will turn away ungodliness from Jacob;
For this is My covenant with them,
When I take away their sins.”

How awesome will that day be when He reveals Himself to them and "uncovers the hidden part" of the Afikomen for them, so to speak.

If some of the Jewish people today believe that the three pieces represent Abraham, Isaac, and Jacob, I find it interesting that the broken piece would be representative of Isaac, who himself is a foreshadow of Yeshua when nearly sacrificed by his father Abraham.

It seems that the tradition of the Afikomen contains mysteries for both Jew and Gentile.