The world is filled right now with election rhetoric.  Between commercials, mailings, Facebook posts, and debates (among candidates, family members, friends, and even enemies), I have about had my fill. 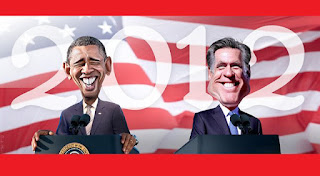 I have to say that I am not enthusiastic about any candidate.  I feel like I would be voting for either stage one cancer or stage four cancer.  No, I am not going to spend my energy arguing for the stage one cancer guy, nor will I put his sign in my yard.

What I will do is trust in the sovereignty of God.  Scripture is clear that no government is allowed except by the hand of God, for His purposes.  Here are a few passages to back up that idea:

Daniel 2:20-22
Blessed be the name of God forever and ever, for wisdom and might are His; and He changes the times and the seasons; He removes kings and raises up kings; He gives wisdom to the wise, and knowledge to those who have understanding.

2 Chronicles 20:6
O LORD God of our fathers, are You not God in heaven, and do You not rule over all the kingdoms of the nations, and in Your hand is there not power and might, so that no one is able to withstand You?

Proverbs 16:4
The Lord has made everything for His own purposes; even the wicked for the day of evil.

Revelation 17:17
For God has put it into their hearts to fulfill His purpose, to be of one mind, and to give their kingdom to the beast, until the words of God are fulfilled.

All leaders, good and evil, lead to the fulfilling of prophecy, God’s ultimate purpose, the coming back of His Son to reign as King of kings. In order to get there, all kinds of things which don’t make sense to us must happen.

You may ask, "What about Hitler? Can God have had a purpose with the Holocaust?"  As heinous as that time was, I have to go with scripture and say yes, God did have a purpose.  Don't get me wrong; the Holocaust was gut-wrenching and just thinking of it moves me to tears.  I have to believe that it moved God to tears as well; that it was harder on Him than it was on anyone else.  I think of Yeshua weeping over Jerusalem in Matthew 23:37; oh how He loves His brethren!
Without the Holocaust, the State of Israel would not have been born.  It opened up a small window of worldwide sympathy for the Jewish people; a window which soon slammed shut.  And without the State if Israel in existance, Yeshua could not fulfill the scriptures and return to Earth!  Satan is hard at work seeing that this doesn't happen, because he knows it will lead to his demise.
So before you get all whipped up about the election, I hope and pray that you will look to the One who is in charge and be assured that He has an ultimate purpose.
Nebuchadnezzar was made to live like an animal in a field and eat grass until he realized Who was in charge.  Daniel 5:21 says "Then he was driven from the sons of men, his heart was made like the beasts, and his dwelling was with the wild donkeys. They fed him with grass like oxen, and his body was wet with the dew of heaven, till he knew that the Most High God rules in the kingdom of men, and appoints over it whomever He chooses.