The Proverbs 31 Woman and the Bride of Messiah

If you are like me, you have perhaps read the description of the Perfect Woman in Proverbs 31 and groaned inwardly (or outwardly), saying, "I will never be able to be like her!"

Verse 10 starts out with what seems like a rhetorical question.  "A wife of noble character, who can find?"

But the second part of that verse says her worth (her value, her price) is far above rubies.

In their ancient culture, women were purchased.  A bride price was always agreed upon before a woman became someone's wife.  Our Proverbs 31 woman KNOWS that she is valuable to her husband because he had paid a high price for her. Knowing how much he values and cherishes her, she serves him joyfully and without reserve.  Her family flourishes, and her children and husband praise her and call her blessed.

As the bride of Yeshua, we too were purchased at a very high price -  the blood of the Lamb.  Proverbs 31 actually foreshadows our Christian walk!  We don't (or shouldn't) serve Jesus out of some guilty sense of obligation.  When we realize what he has done for us, we can BE that Proverbs 31 gal when we serve Him joyfully and without reserve!


There are many parallels between the ancient Hebrew marriage customs and the coming Marriage to the Lamb.  Let's look at a few. 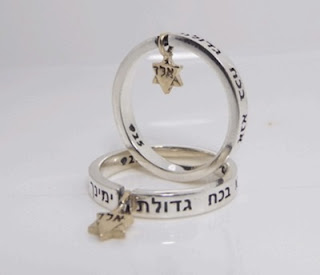 These are just a few things to ponder as we await the return of our Bridegroom.  Watch for another post soon on the rapidly approaching marriage!

Posted by Gratefully Grafted In at 7:55 AM