So here we are at Genesis 9.  The eight people on the ark had stepped into a brand new world.  I think I mentioned this before, but eight is the biblical number signifying new beginnings.

Ten generations after Adam, God had pressed the reset button.  It is interesting to note that the number 10 can represent a time of testing, and it can also mean righteous government.  The ten commandments come to mind here... rules with which to govern righteously.  But I am getting ahead of myself.  At the time of the flood, ten generations had passed, and there was certainly no righteous government on the earth.  We are going to see a similar occurrence soon. 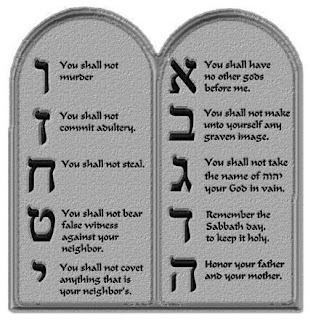 God is the same yesterday today and forever, but sometimes the rules change.  When God gives a new covenant, He also gives new directions.

The first thing God did in chapter 9 was to put the fear of man into the animals.  Why is that?  It is interesting to note that the very next thing said was, "You can now eat them, along with  all the delicious plants that you've eaten since the garden."  Man became an omnivore after the flood.  Did the animals somehow inherently know that they were now subject to the butcher shop?

As one who has raised chickens for meat, I can totally relate to this.  Those birds would see me coming and RUN!

The devil is hard at work trying to equate man and animals.  Many world religions believe that they are equal.  But clearly, the Bible shows us that man is different from the animals.

Verse 4 continues with God reiterating the importance of blood.  It is something sacred.  Do not eat it.  (Even the New Testament reaffirms this in the book of Acts.  So don't go eating blood sausage - ick!)

God then instituted the death penalty in the next verses.  This was an early form of "eye for an eye."  Man was now required to kill murderers.
Surely for your lifeblood I will demand a reckoning; from the hand of every beast I will require it, and from the hand of man. From the hand of every man’s brother I will require the life of man.
“Whoever sheds man’s blood,
By man his blood shall be shed;
For in the image of God
He made man.  (The word for man is Adam.  As I showed in a previous post, every human being has the potential to bear the image of God.  See Genesis post 16 for more information on that).

The rest of chapter 9 outlines the details and promises of God's covenant with Noah.  Is this covenant still valid today?

Verse 11 says, Thus I establish My covenant with you: Never again shall all flesh be cut off by the waters of the flood; never again shall there be a flood to destroy the earth.

God then placed His beautiful rainbow into the sky as a reminder of the promise.  God's rainbow still shows up today when the sun shines through the rain.  So yes, this promise is still in effect, and it was a promise made regarding the earth, man, and beast.

Of course, the devil had to get involved with the rainbow.  Do I even need to say how?  It is displayed all around us along with a very ungodly message.  But it should come as no surprise if we are actually reading our bibles.

Matthew 24:37 says, But as the days of Noah were, so also will the coming of the Son of Man be.

And Luke's gospel goes even further in 17:28-30:
Likewise as it was also in the days of Lot: They ate, they drank, they bought, they sold, they planted, they built; but on the day that Lot went out of Sodom it rained fire and brimstone from heaven and destroyed them all. Even so will it be in the day when the Son of Man is revealed.

It's mind blowing to me that the Bible connects the last days to both Noah (the rainbow) and Lot (Sodom and Gomorrah).  We. Are. There. Now.  Come soon, Yeshua!

So even though God will keep His promise not to destroy the world with water again, He most definitely will use fire to accomplish His purposes.

2 Peter 3:10 says,
But the day of the Lord will come as a thief in the night, in which the heavens will pass away with a great noise, and the elements will melt with fervent heat; both the earth and the works that are in it will be burned up.

When we receive the Messiah as our Redeemer, we are baptized in water.  The immersion into the water is a picture of death and rebirth, just like the flood! 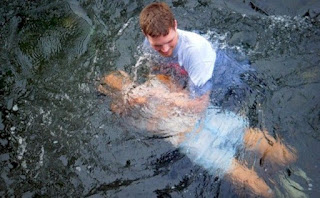 The Bible also speaks of a second baptism, but this time by fire.  It is a powerful cleansing and purifying fire!  The first baptism was a one-time deal, not needing to be repeated - thus the promise by God not to do it again.  The baptism by fire is a further work of God, an awesome display of His power and might! 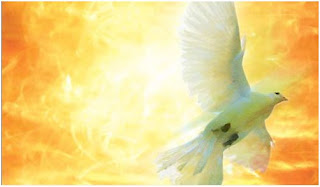 This earthly baptism of fire will occur just before Yeshua begins His reign on earth from Jerusalem.  He alluded to this when speaking to His disciples of the coming regeneration in Matthew 19:28:
So Jesus said to them, “Assuredly I say to you, that in the regeneration, when the Son of Man sits on the throne of His glory, you who have followed Me will also sit on twelve thrones, judging the twelve tribes of Israel.

I don't know about you, but I am looking forward to the earthly regeneration with great joy and anticipation!

Posted by Gratefully Grafted In at 10:21 AM