I have said it before... nothing is in scripture by mistake.  There are so many levels to God's word that we can spend our whole lives digging out truths and never find it all.

God has placed a beautiful account in the geneology of the first people.  Have you ever skipped over Genesis 5, thinking that it's just a bunch of ancient names?  I know I have.  But Genesis 5 is, in truth, a gold mine. 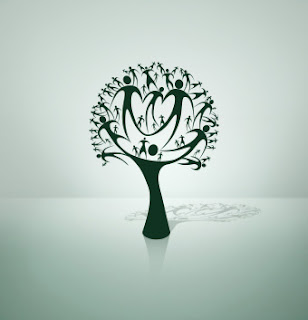 The name of the first human being, Adam, means man.  That is pretty basic, and it makes sense.  Adam had a son, and named him Seth.  Seth means appointed.  OK, an unusual name to be sure.  "Hey appointed!  Can you bring me that flint rock so I can start a fire over here?"

Seth grew up and became father to Enosh, which means mortal.   Enosh named his son Kenan, which means sorrow.  I don't even want to think of the taunts poor Kenan must have received from his peers.  Kenan grew up and fathered Mahalael, which means the blessed God.

Mahalael became father to Jared (which does not mean I lost 400 pounds eating Subway sandwiches).   Jared means to come down, or he who descends.  Jared named his son Enoch, which means teaching.

*Update!  I have studied the name Enoch (Hebrew chanak), and have discovered that it really means to dedicate, or inaugurate.  In other words, watch out, a new thing is coming.  The word Hanukkah is a form of the name Enoch, and it is the Feast of Dedication.  It commemorated the restoration and opening of the Jewish temple.

Enoch became father to the oldest man on record, Methuselah, which means his death shall bring.  (And guess what happened the very year Methuselah died?  The flood.)

Methuselah named his son Lamech, which means despairing (another great one for the school yard taunts).  Having grown up with that name, Lamech gave his own son the name Noah, meaning comfort or rest.

None of these names are accidental.  When put together, they read something like this:

Man [is] appointed mortal sorrow, [but] the blessed God shall come down, to inaugurate [that] His death shall bring the despairing comfort and rest.

Coincidence?  I think not.

I wonder if there could be a message in the full geneology of Yeshua in Luke 3?  Hmmm.... stay tuned!
Posted by Gratefully Grafted In at 8:57 AM 1 comment: